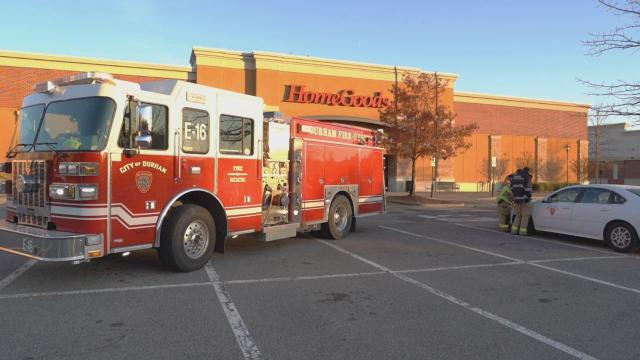 Durham, N.C. — The Home Goods store near Southpoint in Durham is closed after an early morning fire damaged the inside, officials said.

The Durham Fire Department responded to the store, located at 8200 Renaissance Parkway, around 3 a.m. on Sunday. The first firefighters at the scene saw heavy smoke coming from the front door and called other units for help. According to officials, 32 firefighters worked to extinguish the fire.

The sprinkler system went off, causing severe water damage to the store. Heavy smoke damage was also reported. The Michaels store next door was evacuated but not damaged, officials said.

According to firefighters, an issue with a cash register caused the fire.

No one was injured, but the store will be closed until the damage can be repaired.