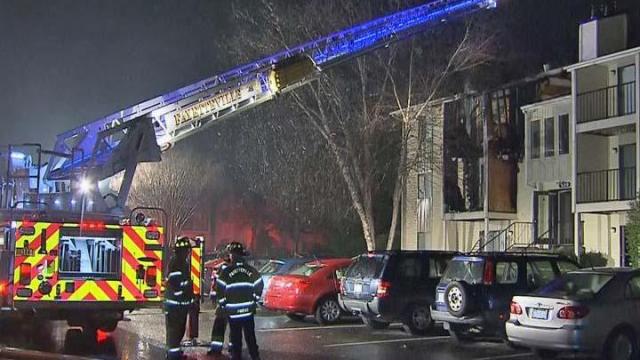 Fayetteville, N.C. — Investigators have ruled a fire early Wednesday morning in Fayetteville as accidental but have not said what caused more than $300,000 in damages.

The blaze broke out shortly before 2 a.m. at The Village of Cliffdale Apartments at 567 Cutchen Lane, displacing nine adults and a child.

There were no reports of injuries, but three of the 24 units in the three-story building were heavily damaged and nine others suffered smoke and water damage.

The apartment complex relocated seven other residents because of the smell of smoke.

Authorities said it appeared that the fire started on a second-floor balcony and then spread along the side of the building into the attic.

Flames were shooting through the roof when firefighters arrived.

It took about 20 minutes for firefighters to get the blaze under control, and they remained at the scene until 5 a.m.