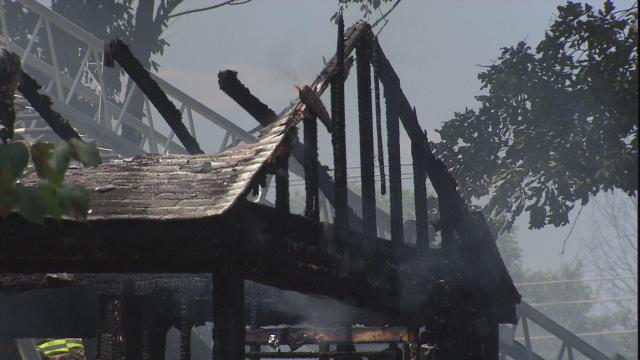 Raleigh, N.C. — No one was injured Saturday in a fire that badly damaged an apartment building near North Carolina State University in Raleigh.

Firefighters were called to 3809 Jackson St. just before 1 p.m. to find flames engulfing the stairwell linking the first and second floors.

"We were at the pool and I got a call from my neighbor saying, 'Your apartment is on fire!' We came back and here it is," said resident Bobby Shaw, gesturing to the charred remains.

In all four apartments were left uninhabitable, firefighters said, and five people were displaced.

The cause appears to have been an accident.