Finding Uplift and Comfort in the Familiar 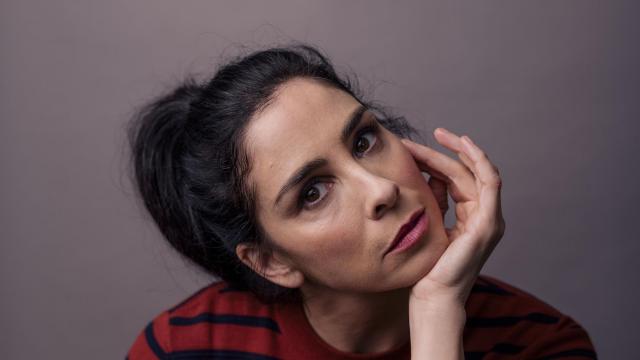 Even actors get the blues, be it ordinary malaise or that proverbial holiday funk. Here, a few of the stars from this season’s films talk about the movies that pick them up when life gets them down.

The thing that makes me happy is getting home and watching “The Lion King” with my kids. I love that movie. That was the first movie they’d ever seen. I have fond memories of taking them to the theaters. It’s just something that holds a lot of weight for me, that’s very close to my kids. They play the games and re-enact all the things in the movie. My son will be 10 this Christmas, and my daughter is 11. And my son is just obsessed with it. He gets to be Simba and Nala, and I’m Mufasa. Singing “Hakuna Matata” and being Pumbaa and doing fart jokes — that’s what makes it fun. — Jason Momoa

That would be “The Lion King.” That’s my favorite movie growing up — I mean, the music, the everything. “I Just Can’t Wait to Be King” is my favorite song. I love Simba and Nala, especially the moment when they’re in the elephant graveyard, and they’re wrestling and Nala is dominating, just like: “Pinned you! Pinned you again!” I would have only been 3 when it came out. But my dad said I used to make him watch it with me every single day when he would get off work. Like, that was also a part of his job. And I would of course know all the words, all the songs, just living my entire best life. My dad didn’t have a part that I remember — maybe he was just my favorite audience member, because I, too, am performing this entire film. So I need someone to appreciate my interpretation of these moments as well. — KiKi Layne

If it’s going to be a pick-me-up, it’s probably going to have to be comedy, and for me it’s tied between “Step Brothers” or “Year One.” Those movies have unlimited quotables as far as lines that I thought were hilarious. And I tend to use them in everyday life. One from “Step Brothers” would be when Will Ferrell’s character says, “Did we just become best friends?” And John C. Reilly’s character is like, “Yep!” Or, when they first decide they’re going to be partners in crime, and (Reilly) is like, “You have to call me Dragon.” And (Ferrell) is like, “You have to call me Nighthawk.” And literally, it’s like 12-year-olds but it’s one of the funniest movies that I’ve ever seen.

In “Year One,” when Jack Black’s character (bites into a shiny gold apple from the Tree of Knowledge) and Michael Cera’s character is telling him not to eat it (but asking), “How does it taste?” And Jack Black is like: “I don’t know. It kind of has sort of a knowledge-y taste.” And Michael Cera says: “Oh, is that right? Does it have a forbidden taste as well? Because that’s what it is — forbidden.”

Anybody who knows me will tell you that that is a passion of mine and a horror in their lives because in any circumstance you can find a quote to fit. And I will go to the ends of the earth to find that quote. — Jovan Adepo

When in despair I’m not so interested in humor, but in watching how loneliness and isolation are overcome. My go-to film therefore is “Crumb,” Terry Zwigoff’s documentary about the cartoonist and artist of the same name. In spite of a family whose level of dysfunction honestly cannot be described in words — making the film all the more essential — and a welter of his own debilitating social issues, R. Crumb remains resolutely true to who and what he is. His resilience and perseverance result in drawings as lacerating as Daumier’s, as distinct as Toulouse-Lautrec’s, and as beautifully, tragically human as Schiele’s — mostly in the milieu of underground countercultural cartoons and illustrations. The movie ultimately provides great hope in its depiction of an artist who simply won’t compromise, and who furnishes a way of seeing the culture that has impacted popular aesthetics to this day. As sad as it is, this makes “Crumb” one of the more strangely uplifting films I can name. — Tim Blake Nelson

“Defending Your Life” (in which an advertising executive played by Albert Brooks dies and discovers in the afterlife that he has to prove he has conquered his fears or get sent back to Earth for a do-over). I always cry at the end. Happy tears. — Sarah Silverman

The movies which make me happiest are the ones I watched when I was a kid over and over on video. When my mom first bought a VHS machine, she bought two videos, and we only had those two videos for a really long time. Like years. Luckily, those two videos were “Harold and Maude” and the Lou Gossett Jr. Boot Camp Workout video. “Harold and Maude” for my mind and Lou Gossett Jr. for my body. When I wasn’t working out to that, I was watching “Harold and Maude” (about a suicidal young man and an elderly woman who is an optimist) over and over again. I can’t really explain the hold it had over me. It was the first movie I watched which felt like my sense of humor. I continue to watch it year after year, and my relationship to it changes as I age. When I was a kid, I related to the angst of Harold. When I became a mother, I related to his concerned mother. Now, I am beginning to relate to Maude. I think I love it because it isn’t one thing, it is everything. It is very real and very broad simultaneously. It is romantic and heartbreaking. It is sad and uplifting. I used to watch it in my Lanz nightgown that my grandma Sadie gave me for Christmas. Now, my daughters watch it, and sometimes they wear that same nightgown. All I know is whenever and wherever I watch it, I feel like I’m home. — Leslie Mann

A film I always come back to that I’ve adored for years is Sofia Coppola’s “Lost in Translation.” I love the atmosphere Coppola creates, the melancholy of the two lead characters (lonely hearts in a Tokyo hotel, played by Bill Murray and Scarlett Johansson) and their feelings of connection in a world that they feel so disconnected from. And it’s beautifully shot. A real pleasure to watch. — Felicity Jones