Finding some space in the cracks 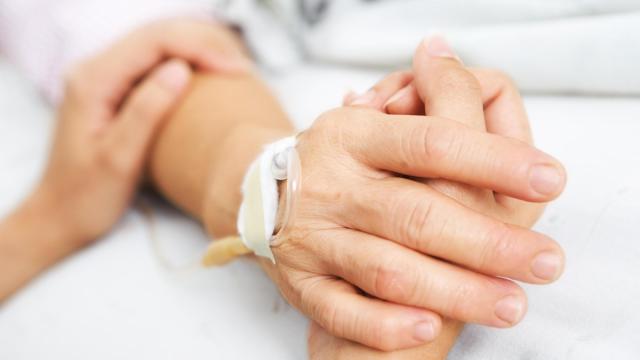 It was an early winter morning when I called one of my closest local friends and asked if she could come over. I was frankly desperate. Something had happened and I couldn’t contain all the emotions that had kept me up, pacing the downstairs all night. She did. I made us coffees. We sat down in the den. No one else in the house was awake. Before I could tell her what was weighing on me, she put her hands on her knees, closed her eyes, asked me to close mine and directed me to take some long, deep breaths in with her, and then slowly out. I don’t know how long we did that. What I do know is that it served to interrupt the hurricane of catastrophic thoughts that had been let loose in my mind.

I drew on this experience yesterday afternoon, after the sun had gone down, when I went to see a client I’m working with on hospice. I’ve known the family for many years and that this recent decline was pushing them into territory that felt unbearable. I didn’t know the mom that well except through the prism of her children. I had been warned that she was stuck in an endless loop of escalating panicked thinking. (She was dying, after all.) I could relate to the unbearableness of it all. I had also sat with others on hospice and seen the rhythms that come during this vivid last phase of life.

She was relieved to see me, but immediately told me how unbearable her feelings were, that she needed something to help her manage them, and she needed it right now. I knew her hospice nurse had written some prescriptions for moments like these and I went to speak with her Certified Nurse Assistant and Med Tech. They were preparing dinner, but patiently stopped to check her medical record to ensure it wasn’t too soon to dispense more. (It wasn’t, but it would take a moment given some other pressing demands).

So I went back to sit with my client. She needed me to do something now. I took her hand and assured her the medicine was coming and asked if she would breathe with me. She gave herself over to that for a bit, but almost as soon as I stopped leading the long breaths, she again plied me for help.

I told her again gently that it was coming and that in the meantime, I was going to do some experiments—if she would indulge me—to draw her attention away from that while we waited. She agreed. I commented on the high stack of history books she had on her dresser. She didn’t want to talk about those. I mentioned her love of birds and that I had brought a feeder to put on her window. She said she didn’t want me to leave her. I then asked her about her granddaughters. She said, “I’m so scared I won’t see them again.”

I asked how she felt about writing them a letter. She said she didn’t feel up to it. I pressed her for memories about the older one. “Did she stay with you when she was little?”

She smiled. She told me she did. Her granddaughter called her “Grammy.” She recounted her climbing into bed with her on spend-the-nights and snuggling. “She felt so good. We would give each other kisses,” she said. “I called them ‘love licks.’”

I smiled and she continued. “My granddaughter was always so caring. I’m not surprised she went back to school to become a doctor.”

In remembering this, I saw this woman’s entire body relax against the bed she hadn’t gotten out of in two weeks. Someone knocked on the door with her medicine. I kissed her goodbye and she said thank you.

Going back to the particular morning last winter that my friend came to sit with me, I felt the tension dissipate as we sat there in silence with our eyes closed breathing slowly in and out. I spilled out all that had happened and my worries about the future. And she listened so intently. I noticed that she had been stirring her coffee for the last half hour with one of my dog’s rawhide bones. She put it to her lips to suck the coffee off, looked down and we both burst into laughter.

CS Lewis wrote in a Grief Observed, “One never meets just Cancer, or War, or Unhappiness (or Happiness). One only meets each hour or moment that comes. All manner of ups and downs. Many bad spots in our best times, many good ones in our worst.”

Fortunately, I’m past last winter, but whenever I see this particular dear friend, we often joke about whatever challenge we have at the moment. “Need a rawhide?"