Finding a forever family: 3 stories of love and adoption 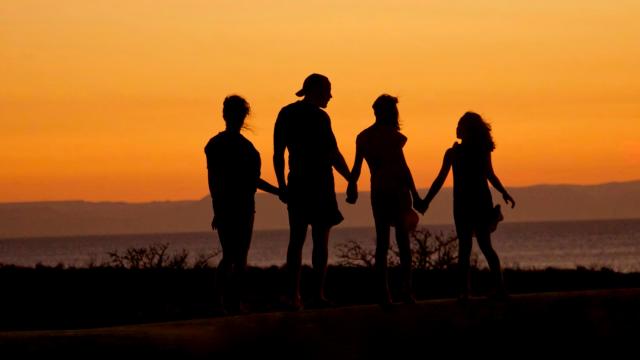 This article was written for our sponsor, Children's Home Society of North Carolina.

Families come together in many different ways.

With more than 400,000 children in foster care throughout the United States as of the latest Adoption and Foster Care Analysis and Reporting System reports, understanding the benefits of adoption can greatly impact the success of programs across the country.

In honor of May's National Foster Care Month, three families in North Carolina shared their stories of adoption and the impact it has made on their lives.

For Odell and Sierra Bizzell, adoption was always in the plans.

Odell comes from a family where adoption was very much ingrained in life as his uncle is adopted and served as a model for it in their family. His father and stepmother also adopted three girls of their own. So, when Odell and Sierra experienced fertility issues following the birth of their biological daughter, they began to explore adoption themselves.

Initially, they were fostering to adopt, but they knew right away that the 2-year-old girl they got paired with would never leave them – she was instantly a part of the family. Her first night with the Bizzells, she was calling them "Mom" and "Dad," and there was immediate chemistry between her and their biological daughter who was just three years older.

Three months later, the Bizzells got another placement – this time a baby boy who stayed with them for seven months before being placed with his biological siblings in South Carolina.

"That was tough, since we'd seen him grow from birth," Odell said. "We thought we'd be done after that. But then a week later we got a call from Children's Home Society about a newborn baby boy."

The newborn was a safe-surrender, given up for adoption at the hospital, and he was welcomed into the Bizzell family with open arms.

Mael Brutus was a foster child herself and always knew it was something she would do.

In 2017, she received her foster license, and that August she got her daughter.

Initially when she first received the file, Brutus said "no." The behavioral issues she saw were daunting, and Brutus was a single mother. But then she saw the little girl's photo.

"She had this smile that lit up the room," Brutus said fondly. "I prayed on it and prayed on it, and a few days later I called the agency back."

They started counseling right away to deal with the behavioral issues and to help bond before the official adoption. And while it wasn't easy – Brutus thanks a fellow foster mom and foster groups who gave her much-needed support through those initial first few months – in May 2018 they moved forward with the adoption.

Brutus threw her 9-year-old daughter an adoption party where she was able to dress up as a princess.

"There are good days and bad days. Some days, we're in that honeymoon stage, some days, we're not. It's getting better as we learn about each other," Brutus said. "But it's so important for more parents out there to open their hearts to fostering. These children just need that one family to love them and make a difference."

William and Jennifer Bowen couldn't conceive on their own, so after doing their research and taking classes to make sure it was what they wanted, they decided on adoption. They thought they would just be getting one child, but they ended up with three – two have been adopted and one they currently have guardianship over.

The Bowen's story is anything but traditional since they still have close relationships with the biological families of their children. These biological families are invited to birthday parties and Christmas festivities, and the Bowens often send them pictures and keep up with them on Facebook and through texting.

"The way we view it, we don't want our children to wonder who their birth parents were and for that to cause problems in the future. We want to talk about it," Jennifer explained.

Their two boys (biological brothers) have three other siblings – one of whom was adopted and two who live with their birth mother – and they all stay in touch.

Despite many pauses and setbacks along the way to finding this unconventional family, Jennifer believes it is the one she was meant to have.

"Our children have blessed us, because without them, we wouldn't have the home we have," she said. "If I had had children myself, I couldn't have picked three kids more perfect for us than these three."

While every adoption is different, one thing is common across all three of these stories, and that's the love and commitment the adoptive families give to these children. Each new family member is treated like they were part of it from the very beginning.

"It's the same commitment, raising your kids," Bizzell said. "They're all different, but you take care of them the same way. They're your kids, the way they got to your family is just different."

Bowen added, "When I meet people on the fence about fostering or adoption, I just tell them it's the greatest thing we've ever done. I wish people would understand that giving birth and blood doesn't make your family, love does. It doesn't matter what route they come by."

This article was written for our sponsor, Children's Home Society of North Carolina.