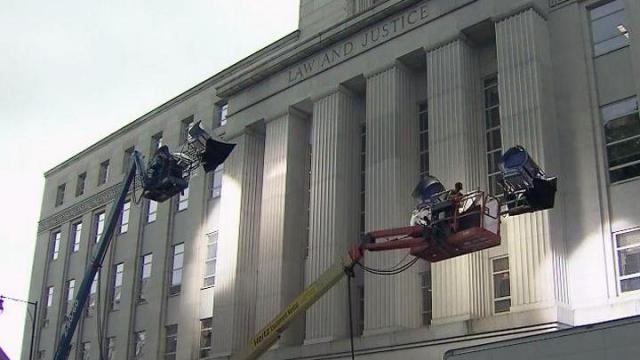 Raleigh, N.C. — Although North Carolina's film tax credit won't expire for 18 months, battle lines are already being drawn over whether to extend it.

Lawmakers barely lost a chance to take it off the books last week in a House committee debate over legislation to overhaul the state tax code.

Ironically, the debate came on the same day the Emmy Award-winning series "Homeland" was filming scenes for its upcoming third season in and around the State Capitol.

"This show would not even have looked at North Carolina if it weren't for the tax incentives that are here," said David Brightbill, co-producer of "Homeland," which is usually filmed in Charlotte.

Two years ago, the state juiced up its incentives to film and television production companies, offering a tax credit of 25 percent of what they spend in North Carolina, up to a maximum of $20 million.

In 2010, the year before the new credits took effect, the film industry spent $78 million in North Carolina. Film and TV spending in the state jumped to $228 million in 2011 and soared again last year, to $376 million.

The credits have helped attract blockbuster moves such as "Iron Man 3" and "The Hunger Games," as well as TV series such as NBC's "Revolution," CBS' "Under the Dome" and Showtime's "Homeland."

"It means everything. It's the whole reason this show is here," Brightbill said of the tax credit.

Many lawmakers see the credit as corporate welfare and are loathe to extend it beyond its January 2015 expiration.

"What you're doing is you're picking winners and losers," said Rep. Mike Hager, R-Rutherford, who unsuccessfully tried to kill the film credit this week.

He argues that the $69 million North Carolina paid out to 30 production companies last year would have been better spent on teachers and State Highway Patrol troopers.

Film boosters are already sounding the alarm over the potential loss of the credit.

"The incentive goes away, the industry goes away," said Aaron Syrett, commissioner of the North Carolina Film Office.

"Let's say, this session, they don't extend anything, and right after the session is over, you'll see a migration of this industry to Louisiana and Georgia," he said.

"It's easy to imagine picking up and telling stories in a new place. It happens all the time," Brightbill said. "If the incentive goes away, the switch will be turned off."