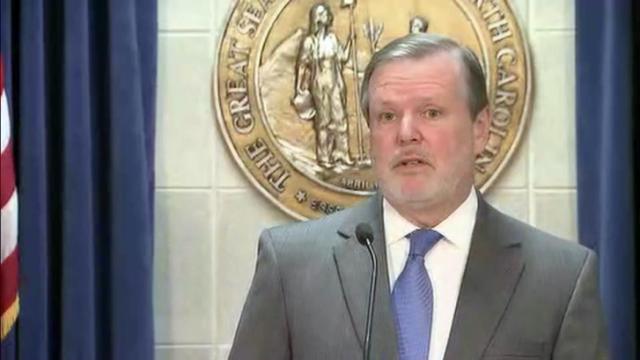 North Carolina needs to extend Medicaid here to keep tax dollars at home instead of subsidizing the programs in other states.

A CBC Editorial: Tuesday, March 22, 2016; Editorial #8007
The following editorial is the opinion of Capitol Broadcasting Company.

It is tax time in North Carolina and taxpayers are probably thinking about where those federal dollars goes. Today, North Carolinians are sending money to the federal government to pay health insurance costs of millions of American outside our state, while those in need of coverage here are denied aid.

Where does the blame lie – not at the doorstep of the White House or even amid the hyper-partisan squabbling on Capitol Hill.

Fingers don’t need to point any further than at Gov. Pat McCrory and the General Assembly who stubbornly rejected millions of federal dollars that would cover full costs of Medicaid health coverage for up to 500,000 North Carolinians -- mostly the working poor with children but whose income slightly exceeds a federal limit of $740 a month. Or they are single and childless – even if they have no income.

Pradeep Arumugham, a cardiologist in Kinston, knows first hand the true toll of the state’s rigid rejection of the expanded Medicaid funds. A patient in her early 60s was suffering several heart failure due to a genetic abnormality.

She needed a defibrillator – a $60,000 item. Because she made $9,000 a year working at a small diner, her income disqualified her from Medicaid, couldn’t afford to buy insurance on the open market made too much to get help via the Affordable Care Act. His patient died for lack of that defibrillator – which she could have had, simply if she’d lived in another state.

Earlier this month, state officials presented a plan to “reform” the state’s Medicaid program and were also told that the program was running about $185 million below budget. “I got a warm-and-fuzzy feeling this morning,” said state Sen. Tommy Tucker, R-Union County, upon hearing the news.

Support to accept the federal funding to close the Medicaid coverage gap is bipartisan. A recent survey revealed that 72 percent of the state’s adults say the state should make a plan to fix it – including 62 percent of the Republicans.

When the federal government offers to pick up 90 percent of the costs of highway construction, legislators can’t grab the money fast enough. But when it offered the same deal to provide health care to 500,000 citizens in need, the answer is no thanks.

When the General Assembly returns to work in April, at the top of its agenda should be a revision of the state’s Medicaid program to expand it – by keeping federal tax dollars here in North Carolina – and cover those working poor in need.