Tuesday classes at Butler have been canceled and grief counselors were set to be on hand when students and teachers return to class on Thursday. A teacher workday was scheduled for Wednesday so no students will be in class that day.

School administrators and police held a news conference Monday afternoon and identified the two students involved in the incident.

Jatwan Cuffie, 16, who is in the ninth grade, was being held Monday afternoon at the Charlotte-Mecklenburg County Detention Center after he surrendered to a teacher and admitted fatally shooting his classmate, police said. He was taken into custody shortly after the shooting. 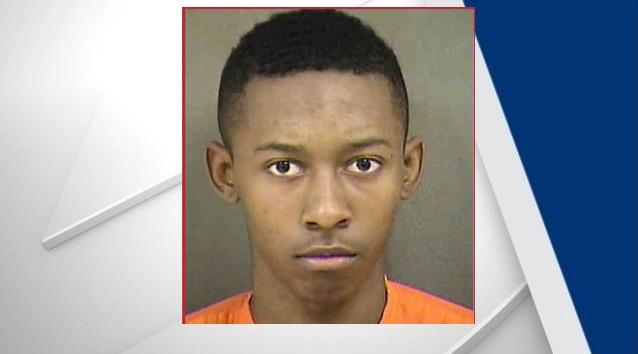 Bobby McKeithen, 16, a 10th grader, died after he was shot in a crowded school hallway as students were headed into class, authorities said.

"This appears to be a tragedy that was the result of conflict between two individuals and an isolated event," schools Superintendent Clayton Wilcox said at the afternoon press conference. "First reports indicate that the conflict began with bullying that escalated out of control as fear took over."

According to Matthews Police Department Capt. Stason Tyrrell, students remained inside the school, which is about 12 miles southeast of Charlotte and has about 2,200 pupils enrolled, on lockdown for about two hours after the shooting, which occurred shortly after 7 a.m.

Wilcox said school administrators made the decision to keep students on campus because there was concerns that many of the youngsters would not have adequate transportation to get home if classes were dismissed without warning.

He said school officials would be meeting soon to assess how they communicated with parents during the crisis.

"We will go back to square one on how we can do a better, more effective job of communicating with parents," Wilcox said.

McKeithen was pronounced dead after he was rushed to Carolinas Medical Center for treatment, authorities said.

Police declined to say where Cuffie got the gun used during the incident, but Tyrrell said charges could be filed if investigators conclude that the weapon was not properly secured at the suspect's home.

Investigators have the weapon used but have not said what it is.

"There were many kids in the hallway when this happened," Wilcox said. "We're incredibly saddened by the fact that we had a loss of life on one of our campuses today. What makes it doubly difficult is that it was one of our students who was the shooter."

Wilcox said the school system was reviewing its security procedures to determine how the student got a gun into the school.

Wilcox said there are security cameras at the school, but the facility does not have metal detectors.

By late morning, school officials said that the lockdown was lifted and families could pick up students at the main entrance. Classes were proceeding for students who remained on campus.

Police said the shooting was an isolated incident and say there is no continued threat.

"There is no evidence these kids had anything in common other than a beef that began at school," Wilcox said, adding that the incident could have far reaching implications for the entire school community. "It's fair to say that more lives than just the (victim and suspect) have been changed forever."