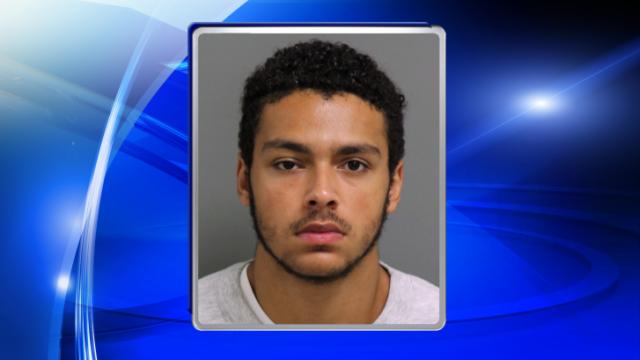 Raleigh, N.C. — A Raleigh teenager will spend the next seven to 10 years of his life in prison for his role in the brutal beating death of a man on a Raleigh greenway.

Friends found Brown, 37, in a trash can inside a drainage tunnel along the Walnut Creek Trail near Hammond Road in December 2012.

Hamilton was one of five teenagers arrested in the case and the last to plead guilty.

"I apologize to the family," an emotional Hamilton said prior to sentencing. "I know that life is irreplaceable, and I've asked God for forgiveness. I just want the family to know I'm truly sorry for participating in this."

Superior Court Judge Paul Gessner sentenced him to 94 to 125 months in prison.

Wake County Assistant District Attorney Kathryn Pomeroy said Brown – a father of three – was walking along the greenway near Hammond Road when the five teens – part of gang who robbed homeless people – jumped him and beat him until he was unconscious.

The teens dragged Brown into a tunnel, continued beating him – including smashing a rock the size of a basketball three times into his head – and left him to die.

"The bottom line is that all of them were involved," Pomeroy said, adding that Hamilton talked about targeting the homeless because they were least likely to call police. "All of them were trying to center and pick on people who they thought didn't matter."

About two weeks later, when they found out he was reported missing, they returned and tried to bury Brown in a trash can that belonged to one of Hamilton's co-defendants.

"He may have chosen sometimes to stay out at the (homeless) camp, but Reggie was not homeless, and he was not somebody whose life should have been thrown away the way they threw it away," Pomeroy said. "It is disgusting, and it is inhumane. Reggie is a father, a son and someone who is loved by a lot of people."

The four other suspects in the case pleaded guilty earlier this month for their admitted roles.

Angel Sean Muniz, 17, who smashed Brown's head with the large rock, was sentenced Aug. 13 to life in prison for first-degree murder. He is eligible for parole in 25 years.

Tereise Massenburg, 17, pleaded guilty Aug. 20 to accessory to robbery with a dangerous weapon and was sentenced to 20 to 33 months in prison.

Rasheem Hall, 16, pleaded guilty Aug. 20 to second-degree murder and robbery with a dangerous weapon and was sentenced to 18 years in prison.

A fifth teen, 13 at the time of the crime, pleaded guilty Monday in juvenile court to second-degree murder. He was sentenced to a youth development center until he reaches age 19. In addition, he'll serve nine months of supervised probation after his release.