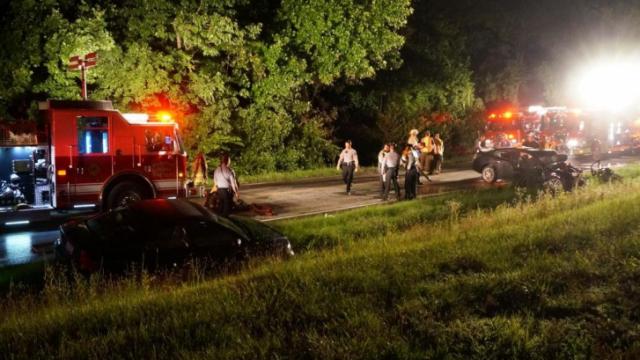 Around 3 a.m., officers with the State Highway Patrol arrived on the scene of a fiery crash on Zebulon Road, one mile north of Rolesville.

An investigation revealed that Edward Henderson, 30, of Wilson, was traveling south in a 2014 Nissan sedan when he was struck head-on by a 2001 GMC sport utility vehicle. Upon impact, the Nissan traveled onto the westbound shoulder and stopped. The GMC traveled to the opposite shoulder and caught fire when it struck a group of trees.

The driver of the GMC, identified as Enrique Zuniga-Gracida, 23, of Franklinton, was charged with driving while impaired. Court records show it was his second DWI in the past year. Zuniga-Gracida had a DWI charge dismissed in April because the analyst who gave him a breath test had left the Franklin County Sheriff's Office. Had he been convicted on that charge, he would have lost his license.

Both drivers were transported to WakeMed with serious but non-life threatening injuries.