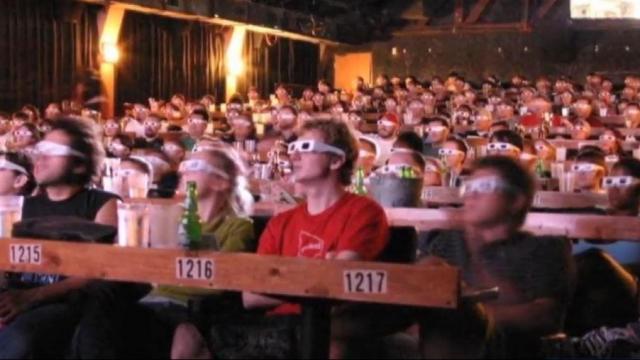 Raleigh, N.C. — A measure to let passengers buy beer and wine on the state's new Hatteras-Ocracoke ferry ran aground Tuesday night in the Senate.

The proposal, and another to widen the state's allowance for movie theaters that want to sell alcohol, was removed from a broader bill on alcohol regulations with a unanimous vote. Sen. Rick Gunn, R-Alamance, said too many of his colleagues just weren't comfortable with the provision and that it's better to let the new ferry line get established, then come back on the alcohol issue.

"It's new. People aren't sure about us being in the alcohol business," said Gunn.

The theater provision would have added movie theaters to the list of businesses that can sell beer, wine and liquor. Larger theaters already do this, but that's because they're able to hit thresholds restaurants face for dining seats and the percentage of sales coming from food. The language, also removed on a unanimous vote, would have opened that up to all movie theaters.

Some were concerned whether smaller theaters would remain family-friendly, Gunn said. The Rev. Mark Creech, executive director of the Christian Action League, brought this up during committee hearings on the bill, which he opposed over a number of its provisions, including the ferry language.

Other changes in House Bill 500, which is partly an omnibus bill for state Alcoholic Beverage Control laws, survived, including language making it clear golfers can carry a mixed drink onto the course instead of being confined to the clubhouse. Another provision doubles the number of raffles nonprofits can hold in a year, doubles the cash prizes they can offer in a given year to $250,000 and strikes language that forbids alcohol sales at raffles.

Gunn said people at charity raffles already drink without knowing it's illegal and that the change was made to conform to general practice.

Drinking would still be off limits at bingo games under the bill.

Language allowing beer and wine sales on state ferries still remains in another bill, House Bill 1029, which collects a number of Department of Transportation requests. That bill cleared a preliminary vote in the House Tuesday, and the ABC bill now heads to the House, so it's possible the ferry language will survive the full legislative process.

That language would allow beer and wine sales on any passengers-only DOT ferry, including the one planned between Hatteras and Ocracoke islands.

Wednesday update: The ferry language from House Bill 1029 survived the House floor today, barely. An amendment from state Rep. Pat Hurley, R-Randolph, that would have removed the language was shot down, 57-56.