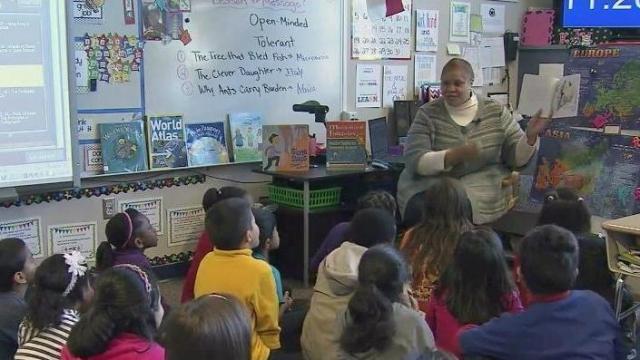 Let’s put it bluntly: Legislation that would lower the ceiling on the North Carolina income tax rate is anti-education.

The measure comes in the form of a constitutional amendment. The state constitution currently limits the income tax rate to 10 percent. The proposed amendment would put the limit at 5.5 percent.

To amend the constitution takes a three-fifths majority in the House and Senate, and ratification by a majority vote of the people. It’s difficult to change the constitution, as it should be, and that’s why legislating a tax-rate ceiling in the constitution is so governmentally mischievous – and ultimately detrimental to the schooling of North Carolina’s young people.

There are several standards by which to assess a state’s tax system. One is diversity: Does a state depend too much on a particular type of tax, or does it have a tax base spread among diverse sources of revenue? Clearly the Republican advocates of the proposed amendment see it as another step toward shifting away from taxing business and personal income to heavier dependence on sales-type taxes.

Another standard is equity. Is the tax system fair? Does it apportion the tax burden according to the ability to pay, so that the affluent contribute more to the commonweal than people of little means? Since the early 20th century, the graduated income tax, both federal and state, served as an instrument for injecting a measure of equity into the financing of government.

An important standard is sufficiency. Does the tax system bring in enough money to run a government that responds to citizens’ needs and aspirations? How officeholders answer that question often reflects their political loyalties and ideological viewpoints. The sparring last week between Republican Gov. Pat McCrory and Democratic Attorney General Roy Cooper illustrates how taxation properly belongs in the realm of debate and resolution through democratic politics.

The proposed constitutional amendment, if adopted, would restrict the ability of future governors and lawmakers to respond to economic conditions and public needs. The amendment threatens to leave North Carolina with an insufficient tax system – insufficient to sustain and improve the public education institutions that have propelled the state through its recent period of economic and population growth.

The bipartisan Higher Education Works advocacy organization published a strong and insightful editorial on its website in opposition to the constitutional amendment. It contained, perhaps inadvertently, an unfortunate paragraph: “Higher education would likely bear the brunt of that policy. Much of state spending is mandated by law — public school enrollment, public safety and Medicaid, for instance. That means shortfalls in revenue affect parts of the budget that are flexible — primarily higher education.”

Perhaps the burden will fall more heavily on higher education (and as a UNC-Chapel Hill faculty member, of course I am more than a casual observer). And yet, public schools will not be held-harmless under a constitutional limitation on the income tax.

An insufficient tax base would make it less likely that North Carolina will expand early childhood education as rapidly as it should to meet its own third-grading reading goals and to lift the prospects of children in distressed families.

An insufficient tax base would make it more difficult for North Carolina to provide broad-band connections and up-to-date digital instructional materials to its school students.

An insufficient tax base would hinder efforts to attract and train high-quality teachers. The Great Recession hit the state hard, sapped revenue, and left teachers without pay raises for several years. Now, the recovery has proceeded enough to permit the legislature to approve salary increases, relatively modest but an improvement. A further restriction on income tax revenue give lawmakers less flexibility to respond to the teacher-supply challenge. It would hinder efforts to rebuild the state’s professional development infrastructure.

The detrimental effects on universities about which Higher Education Works warns would surely ripple through teacher-training schools. What’s more, the state needs the research that universities provide to enrich the education of children.

The amendment seems simple enough. It plays to anti-tax sentiment. It doesn’t mention schools. But voters need to think about the consequences of this fiscal policy on education before they change the constitution.

Ferrel Guillory vice chairman of Education N.C. and the Director of the Program in Public Life and Professor of the Practice at the UNC School of Media and Journalism