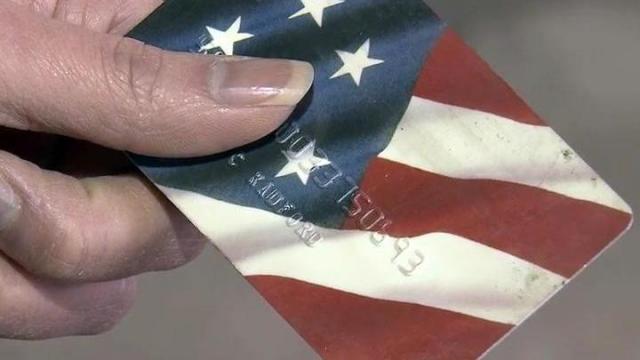 Raleigh, N.C. — The federal government is again threatening to withdraw operational funding for North Carolina's food stamp program – this time over the speed at which health officials are approving applications.

In a letter to the state's health agency, the U.S. Department of Agriculture said North Carolina social services workers failed to approve applications within the required 30-day window, or one week for emergency applications. In 2013, the state processed those applications an average of 75 percent of the time, ranking fifth from the bottom when compared to the rest of the country.

That means North Carolina lags behind neighbors Tennessee, Georgia and South Carolina and even territories such as the Virgin Islands and Guam.

"The State's chronically poor performance in timeliness is in direct conflict with application processing statutory and regulatory provisions meant to protect a low-income household's right to receive nutrition assistance in a timely manner," USDA Regional Administrator Robin Bailey Jr. wrote last Thursday in the letter to the North Carolina Department of Health and Human Services.

The "advance warning" letter puts at risk the administrative funding the state and counties use to run the Food and Nutrition Services program.

There is confusion among state officials, however, about how the USDA is getting that measurement – and why it's so different from the state's numbers.

Bradsher said she hopes to have answers by the end of the week. But she said the reports the state monitors from counties hadn't raised any red flags prior to the letter.

"As a state, we've been doing really well," Bradsher said. "We've been progressively getting better, which is exactly the trend we want to see – and doing that, quite honestly, with a few bumps in the road here and there in terms of getting to that steady state with all of our benefit programs."

Bradsher acknowledged there was a discrepancy between her evaluation and that of the USDA. But she said the rollout of NC FAST, a massive  technology upgrade meant to streamline the delivery of public assistance, and a growing demand for social services have been a challenge for staff at the county and state level.

"It all culminates in a way that makes it difficult to manage at best, but I think we're doing a good job managing it and moving the state forward," Bradsher said.

She said counties have seen a flood of applications for other services since November 2014, such as Medicaid through the Affordable Care Act and requests for heating assistance during the winter, which have slowed processing in other areas.

These surges come after the time period the USDA examined. In fact, updated data the federal agency references in its letter show the best processing rates actually tick up a few percentage points from July to December 2014, although they're still well below the federal standard.

Since then, DHHS officials have determined the state went from a timeliness rate of about 70 percent to almost 79 percent in March. Bradsher feared that period would show a downward trend.

"Much to my surprise and, really, gratefulness, we didn't see that, we didn't experience that, even with those applications," Bradsher said. "It's a level of assurance that we are getting to a better place."

State health officials will work with the USDA and aim to comply with the federal 95-percent requirement by January.

Part of that effort, DHHS officials say, will be working with counties to encourage more hiring and provide more training – an effort the state has employed in the past.

It's been a little more than a year since DHHS emerged from a similar USDA threat that also would have suspended nearly $90 million in administrative funding from the state and counties, which actually administer the program.

The problems began to mount in 2013 with the gradual rollout of NC FAST, which is designed to pull together 19 systems used by social services workers in the past. Technical problems, a boom in demand for social services and an intermittent flood of applications from the federal HealthCare.gov system hit food stamp recipients hard.

In December 2013, social services workers struggled with a massive backlog of food stamp cases that hovered around 35,000, with thousands of families waiting months for benefits.

Following weeks of warnings from the USDA, state and county workers scrambled to drive down the backlog in the spring of 2014. The effort met the federal agency's March deadline, but it was costly to counties, which were forced to expand their workforces and pay overtime.

In his letter, Bailey acknowledged the work of state and county workers to correct problems with food stamp services.

"However, concerns remain with North Carolina's long-term trends in overall application processing timeliness, and the hardships this creates for thousands of low-income households across North Carolina," Bailey wrote.

While he noted that rolling out a new upgrade such as NC FAST does take time and adjustment, "timely access to [Supplemental Nutritional Assistance Program] for eligible low-income North Carolina residents should not be contingent upon program modernization."

The federal agency requires the state to respond within 30 days with a plan to get back on track, including an analysis of the problems and who, specifically, will work to correct them. Data from the state must also show progress toward the 95 percent compliance rate, which social services workers must reach during the first half of 2016.

The deadlines mean state will have some time before the USDA moves to pull funding.

Inadequate progress would trigger a "formal" warning letter. If the state fails to respond adequately within 30 days of that letter, FNS could then choose to suspend funding.

Read the USDA letter to DHHS