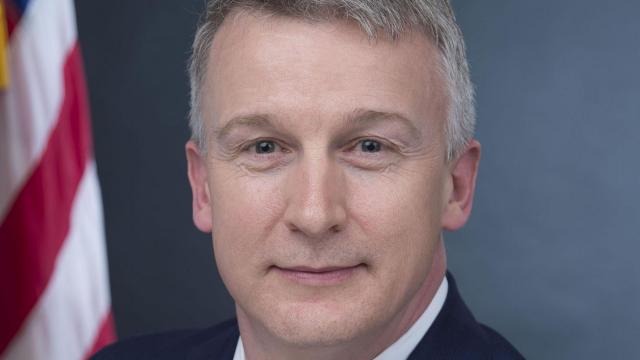 CNN — The Trump administration official set to testify before Congress Thursday oversaw the production and purchase of vaccines before being abruptly dismissed last month amid a clash with the administration on coronavirus treatments.

Dr. Rick Bright is an international expert on vaccines with a lengthy work history in the field. His expected testimony comes after he filed a whistleblower complaint last week alleging he was removed from his post in retaliation for opposing the broad use of hydroxychloroquine, a drug frequently touted by President Donald Trump as a treatment for Covid-19.

Bright had led the Biomedical Advanced Research and Development Authority, part of a Department of Health and Human Services office that has been central to the response to the coronavirus outbreak, since 2016.

As BARDA's director, Bright oversaw "the advanced development and procurement of medical countermeasures against an array of threats to national security and the public's health, including chemical, biological, radiological, nuclear threats and pandemic influenza, and emerging infectious diseases," according to an archived webpage of his official biography.

An HHS spokesperson told CNN at the time of his departure in April that Bright would be leading a public-private partnership on vaccine development and treatment. But Bright has yet to assume that new role after he filed a whistleblower complaint alleging that his early warnings about the coronavirus were ignored.

An HHS spokesperson told CNN last week that the administration is "deeply disappointed" Bright has not taken up his new role yet, but Bright's representatives have said that he has not been given any details about the position.

Bright said in a statement issued the day after his departure that he believes his transfer was owed to his "insistence that the government invest the billions of dollars allocated by Congress to address the Covid-19 pandemic into safe and scientifically vetted solutions, and not in drugs, vaccines and other technologies that lack scientific merit."

He told reporters on a call after filing the complaint that he "was pressured to let politics and cronyism drive decisions over the opinions of the best scientists we have in government."

The investigative office reviewing the whistleblower complaint determined last week that there is reason to believe he had been removed as retaliation, Bright's lawyers said.

After he initially aired his complaints, administration officials leveled a range of allegations against Bright, including accusing him of poorly managing his office, mistreating staff and failing to consult his superiors on consequential decisions. But Bright's most recent performance review from May 2019, a copy of which was obtained by CNN, delivered rave reviews for his management of the office and included no criticisms.

While testifying before Congress in 2018 on BARDA's fight against the flu, Bright had touted the effectiveness of his former agency, saying, "No one can rival BARDA's success in expanding capacity and pushing new products to the marketplace."

Prior to serving as director of the agency, Bright, who had been with BARDA since 2010, served as the director of its Influenza and Emerging Infectious Diseases Division, "where he was responsible for preparing the nation for influenza pandemics," according to the World Health Organization.

But Bright, who holds a Ph.D. in immunology and virology from Emory University, has shared his expertise beyond the US, serving as an adviser to the World Health Organization, according to its website, which said he has also advised the US Department of Defense.

The doctor began his career with the US Centers for Disease Control and Prevention, according to his biography, where he focused on influenza viruses and antiviral drugs, among other things.

Bright has also held a number of stints in the private sector where he worked on vaccine developments, according to the WHO, and is the recipient of the prestigious Charles C. Shepard Science Award for Scientific Excellence.

This story has been updated with additional details about Dr. Rick Bright.