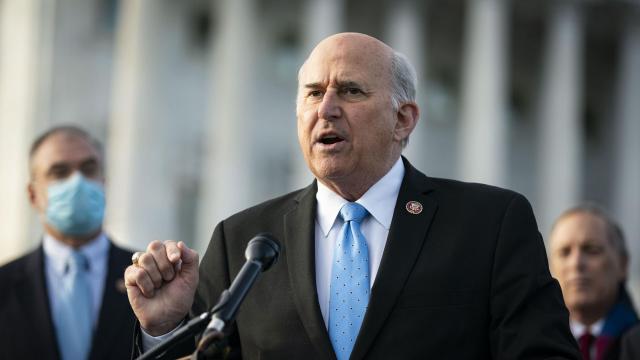 WASHINGTON — A federal judge on Friday dismissed a lawsuit led by President Donald Trump’s allies in Congress that aimed to pressure Vice President Mike Pence to overturn the results of the election, dealing a blow to lawmakers’ last-ditch effort to challenge President-elect Joe Biden’s victory.

Judge Jeremy D. Kernodle of the Eastern District of Texas ruled that Republican lawmakers, led by Rep. Louie Gohmert of Texas, lacked the proper standing to sue Pence in the matter. The lawsuit challenged the more than century-old law that governs the Electoral College process, in an attempt to expand an otherwise ceremonial role into one with the power to reject electoral votes that were cast for Biden.

As the presiding officer of the Senate, Pence has the responsibility of opening and tallying envelopes sent from each state and announcing their electoral results when Congress meets Jan. 6 to certify Biden’s victory. Gohmert, along with his colleagues and electors in Arizona, had hoped that the lawsuit, filed Sunday, could force Pence to take on an expanded role, opening the vice president up to pressure to invalidate the election results.

But Kernodle, who was appointed by Trump, dashed those hopes Friday, though Gohmert said in an interview with Newsmax that his lawyers would appeal. His decision came a day after the Justice Department asked him to reject the lawsuit. The department also argued that Gohmert did not have standing to sue Pence over performing the duties as defined by the act, but maintained that he should sue Congress, which had passed the original law.

The president was unhappy when he learned that the Justice Department was representing Pence in a suit that his supporters had filed, and he reached out to the vice president Friday morning to discuss it, three people briefed on the discussion said.

In their conversation, Trump expressed surprise about the development, even though the Justice Department followed proper procedure because Pence was being sued in his official capacity, according to one of the people briefed on the discussion. Trump was more vocal to advisers than to Pence about his frustrations over the Justice Department’s involvement.

Trump’s allies in Congress are mounting a doomed, last-minute effort to subvert the results of the election by objecting to the certification of key states’ electoral results when Congress meets to certify them, the final procedural step in affirming Biden’s victory. Their effort, led by Gohmert in the House and Josh Hawley of Missouri in the Senate, will force each chamber to debate the objections for up to two hours, followed by a vote on Biden’s victory.

With a majority of Republicans in the Senate expected to certify the election and with the House controlled by Democrats, the bid is destined to fail. But the process could ultimately put Pence in the agonizing position of declaring that Trump has lost the election.

Though Republicans in the Senate have met the gambit largely with reticence — and even open contempt — lawmakers in the House have flocked to support the effort. In the brief that Gohmert initially filed in federal court, he indicated that over 140 House Republicans intended to object to Biden’s victory.

Trump has continued to falsely claim that Biden unfairly won the election because of widespread voter fraud, and has demanded that congressional Republicans work to overturn the results.

But there has been no evidence of widespread impropriety, and former Attorney General William Barr has acknowledged that the Justice Department uncovered no such fraud that would have changed the outcome.

The Supreme Court and courts in at least eight critical states across the country have similarly rejected or dismissed challenges the Trump campaign has waged in an attempt to throw out the results of the election. Those challenges have not come close to overturning the results in a single state.