Federal inmate in Butner dies after testing positive for COVID-19 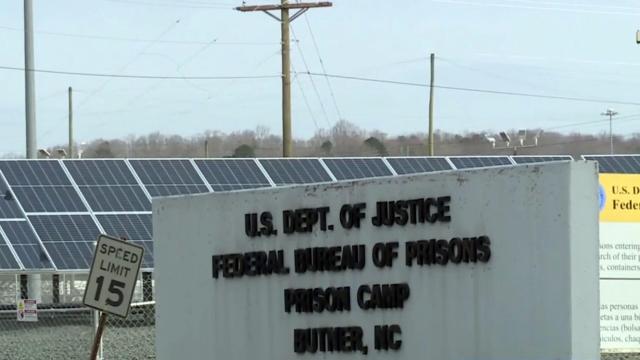 Butner, N.C. — An inmate serving time at the Federal Correctional Complex in Butner died in a hospital Thursday after testing positive for COVID-19.

According to the U.S. Department of Justice, Ricky Lynn Miller, a 62-year-old inmate sentenced in the Northern District of Texas to a 210-month sentence for receipt of a visual depiction of a minor engaging in sexually explicit conduct, had been in custody at the federal prison in Butner since July 11, 2018.

According to officials, Miller was examined by medical staff on Sept. 9 for shortness of breath and leg edema or swelling. He was transferred to a local hospital for treatment and further evaluation.

On Sept. 16, he tested positive for COVID-19 a second time. Miller, who had long-term, pre-existing medical conditions, developed a severe illness and was pronounced dead by hospital staff on Thursday.

FCI Butner currently houses 1,050 male offenders. Multiple prisoners have died there since the pandemic began, one an 85-year-old man and another a 61-year-old man with pre-existing health conditions.