Federal Employees Are Warned Not to Discuss Trump ‘Resistance’ at Work 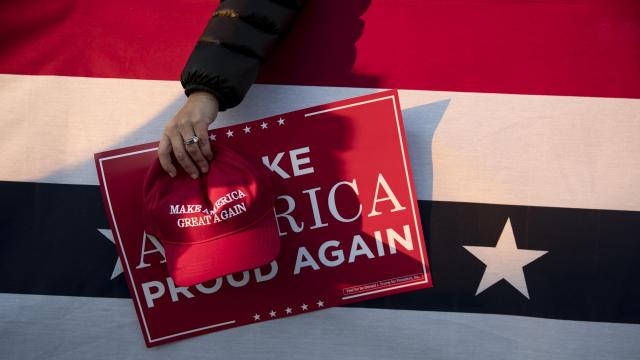 WASHINGTON — At workplaces across the United States, it is routine for Americans’ conversations to turn to President Donald Trump — whether his policies are good, whether he should be impeached, what to think about the “resistance.” Some drink from MAGA mugs; others tape cartoons to their cubicle walls portraying Trump as a Russian quisling.

But roughly 2 million people who work for the federal government have now been told that it may be illegal for them to participate in such discussions at work — a pronouncement that legal specialists say breaks new ground, and that some criticized as going too far.

Generally, federal employees have been free to express opinions about policies and legislative activity at work as long as they do not advocate voting for or against particular candidates in partisan elections. But in a guidance document distributed Wednesday, the independent agency that enforces the Hatch Act, a law that bars federal employees from taking part in partisan political campaigns at work or in an official capacity, warned that making or displaying statements at work about impeaching or resisting Trump is likely to amount to illegal political activity.

The guidance was issued by the Office of Special Counsel, an independent agency that enforces the Hatch Act, including by investigating complaints of improper political activity and recommending discipline — like a reprimand or firing — for violators. The agency also enforces the Hatch Act against state and local government officials whose salaries come from federal grants. The reasoning behind the guidance centers on the fact that Trump is already running for re-election in 2020. It contends that arguments about his policies or impeachment prospects are effectively statements in support or opposition to his campaign.

“We understand that the ‘resistance’ and ‘#resist’ originally gained prominence shortly after President Trump’s election in 2016 and generally related to efforts to oppose administration policies,” the guidance said. “However, ‘resistance,’ ‘#resist’ and similar terms have become inextricably linked with the electoral success (or failure) of the president.”

And while impeachment is primarily about removing a president from office, the agency said that because a removed president would also apparently become disqualified from holding federal office in the future, supporting or opposing Trump’s impeachment amounts to taking a stand on his potential re-election.

Several legal specialists raised concerns about the new guidance, warning it would intimidate people into avoiding even casual discussions with colleagues that should not be deemed banned by the statute.

“A large number of federal employees voted for Trump, but even they may disagree with him on specific policies and want to express that,” said J. Ward Morrow, assistant general counsel for the American Federation of Government Employees, a union that represents about 700,000 such workers. He added, “If they are going to go after anyone who mentions the word ‘impeachment’ in emails to co-workers, that will be overreach.”

Daniel Jacobson, who fielded Hatch Act questions as a White House lawyer in the Obama administration, called the new interpretation “overly broad,” collapsing expressions of opposition or support for Trump’s actions into campaign activity, even when the speaker is not thinking about the 2020 campaign.

“People who use the term ‘resist’ could be expressing views about any number of matters, and the presumption that they are specifically advocating for the defeat of a candidate in 2020 strikes me as crazy and raises significant First Amendment concerns,” he said.

Still, Jeff Ruch, executive director of Public Employees for Environmental Responsibility, which works to protect environmental officials amid shifting political winds, noted that the Supreme Court has limited the First Amendment protections for speech by government workers while they are on duty. And he said he thought the warning was a fair interpretation of what the law means, although he said he was not happy about the state of the law.

Ana Galindo-Marrone, chief of the Office of Special Counsel’s Hatch Act unit since 2000, said she and her deputy came up with the interpretation after receiving numerous questions about the rules. She argued that the guidance fit within the office’s past interpretations, while noting that Trump’s presidency has raised new wrinkles: The two presidents subjected to impeachment proceedings since the Hatch Act became law, Richard M. Nixon and Bill Clinton, were in their second terms and so ineligible to run for president again anyway.

Galindo-Marrone also said the Hatch Act often raises “gray area” situations, in which investigators have to carefully consider all the facts and circumstances before deciding whether a line has been crossed. She contrasted what she deemed the clear case of someone who displays a sign or button that says “Impeach Trump” at work with the murkier case of someone who says that while discussing the news with a colleague over lunch in a federal building.

Still, Kathleen Clark, a law professor at Washington University in St. Louis who specializes in government ethics issues, criticized the idea of bootstrapping the notion of impeachment to the 2020 election at all.

“This goes beyond past guidance about what partisan political activity is, and is more restrictive of speech of federal employees than past guidance that I’ve been able to find,” she said, adding: “I think their legal analysis is wrong in this attempt to outlaw all discussion of impeachment of Trump in the federal workplace. Maybe that is a good idea, maybe that is a bad idea, but I don’t think that is what the Hatch Act requires.”