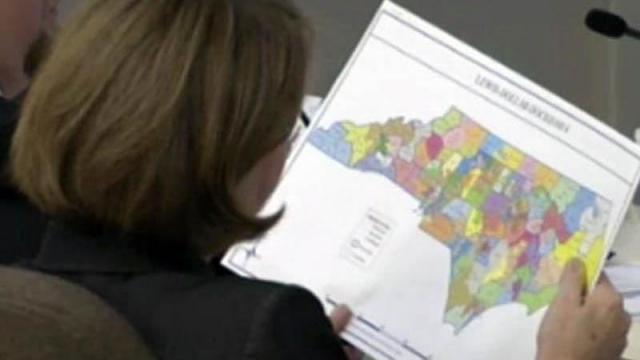 Raleigh, N.C. — North Carolina lawmakers must redraw their legislative districts by March 15 and hold new elections by the end of next year, a federal court ruled Tuesday.

That order follows up on a ruling from this summer that found lawmakers had unconstitutionally relied on race when they drew 28 state House and Senate districts.

Although lawmakers had told the court they should be given more time to redraw their districts and should not have to hold elections until 2018, a three-judge panel disagreed.

"This gives the State a total of seven months from the time the districts were held to be unconstitutional, which is longer than it took the 2011 legislature to redistrict the entire state," read the order.

North Carolina has 120 state House districts and 50 state Senate districts. Although only about one-sixth were found to be drawn unconstitutionally, the federal court order will likely lead to both maps being entirely redrawn because every change to one district affects adjoining districts.

Both Republicans and Democrats have regularly used the redistricting process to give their parties an advantage in both federal and state elections. In this case, Republicans parlayed a successful legislative campaign in 2010 into new legislative districts that gave them a stranglehold on state legislative maps.

"North Carolinians deserve fair representation in the state legislature, and that is impossible to achieve with racially gerrymandered districts. A special election in the affected districts in 2017 is the best way to protect the rights of all North Carolinians," said Anita Earls, executive director of the Southern Coalition for Social Justice, which represented plaintiffs in the case.

The federal court order opens up the possibility that Democrats could erode the GOP's grip in new elections, but that's far from certain. Another federal court order required the General Assembly to redraw congressional maps earlier this year. The new maps yielded the same 10-3 Republican advantage that the GOP had enjoyed under the old maps.

"This politically-motivated decision, which would effectively undo the will of millions of North Carolinians just days after they cast their ballots, is a gross overreach that blatantly disregards the constitutional guarantee for voters to duly elect their legislators to biennial terms," Rep. David Lewis, R-Harnett, and Sen. Bob Rucho, R-Mecklenburg, said in a joint statement. "We continue to believe the maps drawn by the General Assembly, pre-cleared by the Obama Justice Department and twice upheld by our state’s elected Supreme Court are constitutional, and we will move quickly to appeal."