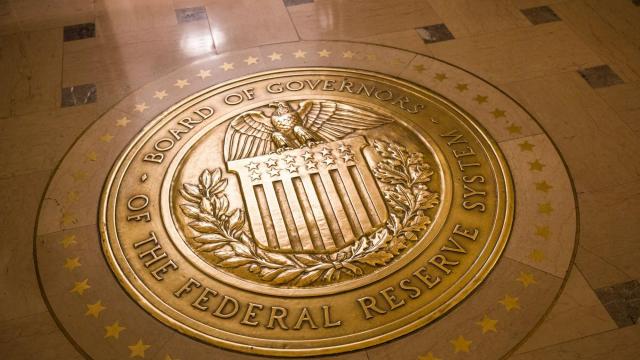 Policymakers unanimously agreed to maintain rates hovering between 1.5% and 1.75% as they pointed to continued signs of a strong economy.

Citing solid job gains and household spending that continues to rise moderately, Fed officials deemed plans to hold rates as "appropriate" following a two-day meeting in Washington. They added that they would continue to monitor sluggish inflation, which has stubbornly remained below the Fed's target of 2%, as well as geopolitical risks -- like the coronavirus outbreak -- that could impact the US economy.

Watching the response to coronavirus

In a press conference, Fed Chairman Jerome Powell noted uncertainties remain in the Fed's outlook including how the global economy responds to the spread of coronavirus.

"It's a very serious issue," Powell said. "We are monitoring it carefully."

Although Powell predicted it will probably disrupt the Chinese economy, he noted that the economic disruption from the disease remains in "very early stages," and it's unclear how far it will spread and what the macroeconomic effects will be on China and its global partners.

"There will likely be near-term effects on Chinese output, and we'll have to see what the effect is globally," he said.

The decision to hold rates steady had been widely expected by investors after Powell described the US economy in a "good place" late last year, and telegraphed plans to move into an extended pause to see how the US economy evolved.

Central bankers did, however, make a technical correction to a second rate, known as interest on excess reserves, to boost it within the target range of its key benchmark rate.

The Fed also reaffirmed plans to continue to purchase Treasury bills "at least into" the second quarter of 2020 to maintain ample reserves. Since October, the Fed has pumped $60 billion into the world's financial markets each month. The Fed said it would continue those purchases to maintain reserve balances "at or above" the levels that prevailed in early September 2019.

Investors have been looking for clues from the Fed on whether the pace of those purchases would slow down. Powell provided a note of optimism that its support for the short-term lending market won't last forever: He said the Fed is buying more short-term Treasury bonds and fewer long-term Treasuries, which should reduce the need for the Fed to continue propping up that market.

Powell predicted the short-term lending market would be adequately funded with at least $1.5 trillion by sometime in the second quarter, and the Fed will gradually reduce the amount of support it offers to shore up the market, which banks use to fund their loans. But Powell said the Fed will continue to support it as a backstop.

Policy makers also approved other measures to help reduce the risk of money market pressures and to ensure ample liquidity to accommodate weekend or holiday trading when necessary.

The Fed's wait-and-see stance runs counter to the wishes of the President, who has continued to pressure central bankers for easier money heading into the 2020 campaign.

On Tuesday, he urged the Fed to cut rates order to help the United States compete with other countries, who have lower interest rates, but also to help pay off and refinance the nation's debt.

"The Fed should get smart & lower the Rate to make our interest competitive with other Countries which pay much lower even though we are, by far, the high standard," Trump said in a tweet. "We would then focus on paying off & refinancing the debt! There is almost no inflation-this is the time (2 years later!)"

The tweet came hours before the Congressional Budget Office forecast a decade of trillion-dollar deficits and soaring US debt.

Last year, the Fed cut rates three times to help bolster the economic expansion, one of the longest in history, amid the Trump administration's turbulent trade negotiations with China.

Policymakers at this month's meeting were buoyed by the fact that a number of headwinds facing the economy had appeared to wane, including the signing of a preliminary trade deal with China, a budget to fund the federal government and the outcome of the elections in the United Kingdom.

Fed officials have also signaled that any unexpected twists could force them to lower rates in the future.

Fears of a slowdown in global growth have been renewed due to the coronavirus outbreak in China as well ongoing tensions between the US and Iran following the killing of top Iranian Gen. Qasem Soleimani in early January.

"Even without the outbreak taking hold in the US, the domestic economy could be impacted somewhat by the effect of disruptions to supply chains and reduced travel, mainly in Asia, that are already underway," Kevin Burgett, a founding member of the economics research team at Monetary Policy Analytics, wrote in a note to clients.

Diane Swonk, chief economist at Grant Thornton, also told clients that in 2003 the SARS virus caused a fairly sharp slowdown in growth in China, shaving 2% off GDP and had spillover effects in 37 countries.

"Now, China is much more connected to the rest of the world and has fewer ways to offset economic weakness," wrote Swonk.

On Wednesday, Boeing also reported its first annual loss in two decades and said costs tied to their 737 MAX have climbed above $19 billion. The aircraft has been grounded since last March following a pair of plane crashes within five months of each other killing 346 people.