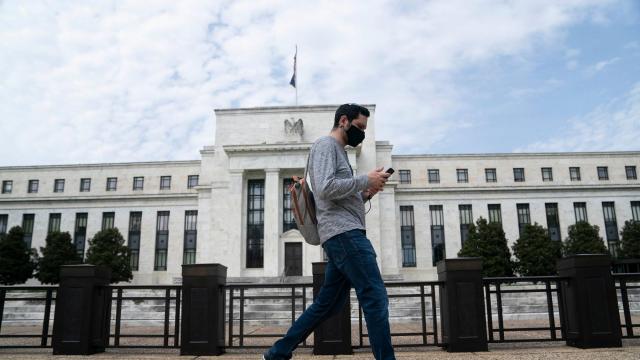 CNN — The Federal Reserve is expanding its emergency Main Street lending program, now giving larger companies and ones with more debt the opportunity to tap into funds meant to limit the damage from the coronavirus crisis.

At the same time, the program will also welcome smaller companies. The Fed said the minimum loan size will double to $1 million.

The changes will allow larger, smaller and more leveraged companies to tap the lending facility, which is aimed at helping American businesses stay alive during what could be the biggest economic shock in US history.

The moves come after national restaurant chains such as Shake Shack and Ruth's Chris were slammed for participating in a separate package, the Paycheck Protection Program (PPP), which was intended to provide aid to small businesses. Funding ran out before many small businesses could get loans and public companies have since been told to return the loans they received.

Unlike PPP, loans from the Main Street lending program are not forgivable. The Fed said the goal of the program is to "help credit flow to small and medium-sized businesses that were in sound financial condition before the pandemic."

The crisis has already cost tens of millions of jobs and many more are on the line. White House economic adviser Kevin Hassett told CNN the unemployment rate could spike to 20% by June -- the highest level since the Great Depression.

Companies with more debt can get Main Street loans

It's not clear when the Main Street lending program will launch. Fed officials said the Boston Fed, which is leading the effort, is working around the clock to get it up and running. The Treasury Department is providing $75 billion to backstop the Main Street program.

Underscoring the rising risk of widespread bankruptcies, the Fed is adding a third loan option to the Main Street program that will cater to companies with "greater leverage."

Under this new loan option, companies can borrow up to $25 million if total debt does not exceed six times a borrower's income, adjusted for interest payments, taxes and other items. Banks would be required to take on more risk in case these loans go bad by keeping 15% of the loans on their books.

Fed officials said the changes made were not targeted at helping the oil-and-gas industry nor any other sector. It's not clear if US shale oil companies, many of which are teetering near bankruptcy, will be allowed to participate in the Main Street program because many were not in healthy financial shape even before the crisis.

President Donald Trump has promised to rescue the oil industry, though no specifics have been announced.

There are strings attached to the Main Street loans. Recipients will be required to adhere to the direct loan restrictions spelled out in the $2 trillion stimulus package. That includes a ban on stock buybacks and dividends, as well as limits on executive compensation for the term of the loan and one year after.

However, there is no explicit requirement under the Main Street program that companies maintain headcount.

Instead, the Fed said borrowers should make "commercially reasonable efforts to retain employees" during the term of the loan. The Fed explained that means companies should make "good-faith efforts to maintain payroll" in light of the economic environment, the need for labor and available resources.

Companies that have already laid off or furloughed workers because of the coronavirus crisis will still be able to apply for Main Street loans.

Names of borrowers and loan amounts under the Main Street program will be released each month, the Fed said.