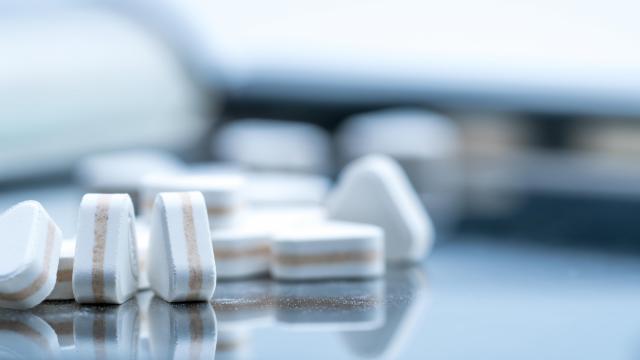 Cancer affects roughly one in three women and one in three men in the United States, and last year, there were an estimated 1,762,450 new cases of cancer reported on record.

While the types of cancer and their causes are varied, there are several prime suspects that make developing cancer more likely such as tobacco use, as well as exposure to UV radiation, asbestos fibers, and some metal and plastic compounds.

Many of these contributors increase cancer risks due to the presence of carcinogens — which is any substance that boosts cancer development such as nickel, cadmium, radon and benzene. Unfortunately, many every-day items contain carcinogens, including medicine meant to improve or manage one's health.

Recently, the heartburn medicine Zantac, also known by its generic name ranitidine, has received pushback from the Food and Drug Administration after it was found to contain potentially high levels of N-nitrosodimethylamine (NDMA), which, when ingested, is a known carcinogen.

Sales of the medicine have been suspended in stores across the United States, including CVS, Walmart and Walgreens. Some pharmaceutical companies, like Appco Pharma LLC and Northwin Pharmaceuticals, have also voluntarily recalled medicines that use ranitidine tablets.

"Not all levels of NDMA are this dangerous," said attorney Whitney Butcher, a partner at Whitley Law Firm in Raleigh who primarily handles cases in the firm's dangerous drug and defective medical device practices. "In fact, it's a well-known contaminate in food, drinks and the environment — but such low exposure typically doesn't lead to health problems. With Zantac, however, the high levels of NDMA are far greater than the maximum set by the FDA."

Those who take medicine containing ranitidine should consider switching drugs, as the levels of NDMA in Zantac have been reported to be anywhere from 3,000 to 26,000 times higher than what the FDA typically deems as safe.

High exposure to NDMA has been linked to a number of cancers, affecting parts of the body like the stomach, the small intestine, the bowel and colon, and the liver. Other cases of exposure, while less likely, can lead to prostate cancer, leukemia and Non-Hodgkin's Lymphoma.

There are a number of lawsuits filed against companies that make ranitidine-based heartburn medications, including GlaxoSmithKline, Pfizer, Boehringer Ingelheim, and Sanofi.

"Many of these lawsuits claim that the manufacturers of Zantac knowingly hid the presence of ranitidine from consumers out of fear that they'd choose alternative products that didn't contain the chemical — and some manufacturers refused to test their product because they knew they were approaching high levels of ranitidine," Butcher said.

Currently, the FDA is conducting tests to determine how NDMA was introduced into the manufacturing process in the first place.

In order to qualify for a Zantac-related lawsuit, an individual must meet three key criteria.

First, they must be able to prove that they used the medication, whether through receipts, pharmacy records or another form of credible evidence. Second, they must be diagnosed with one of the cancers linked to ranitidine, which can be proven through medical records. Lastly, there needs to be proof of a link between taking Zantac and developing cancer. While this can be complicated to prove since there are a variety of factors at play, Butcher said many cases can be built if Zantac was taken for at least a year and patients developed cancer about a year after the time the medicine was started.

Aside from cancer, overexposure to NDMA can have a number of other harmful risks, including:

These symptoms can be important preliminary indicators of overexposure.

"As we start to learn more about the link between heartburn medication and cancer, we could very well see an increase in legal cases against these companies," Butcher said. "For those who have knowingly been taking Zantac for a year or more and are experiencing any range of the preliminary symptoms of overexposure, it may be in their best interest to get in touch with legal counsel."