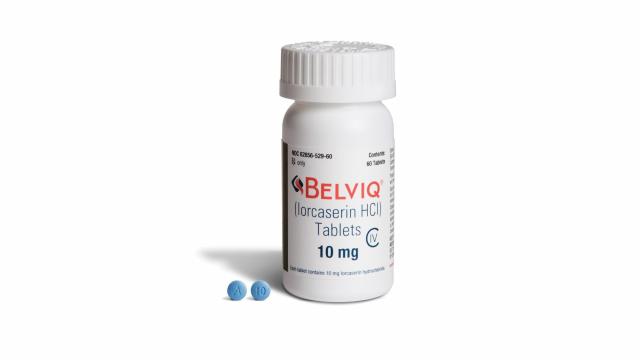 CNN — Eisai Co. will withdraw its weight loss drug Belviq after the US Food and Drug Administration said clinical trials showed an increased incidence of cancer among users, the company said.

The FDA had asked Eisai to take Belviq and Belviq XR off the market.

The FDA announced last month it was reviewing trial results on the prescription drug, also known as lorcaserin, an oral medication for obese adults, because of potential cancer risks. The agency Thursday asked people to stop taking the drug.

The "potential risk of cancer associated with the drug outweighs the benefit of treatment," Janet Woodcock, director of the FDA's Center for Drug Evaluation and Research, said in a statement.

The company will "voluntarily withdraw from the market and discontinue sales" of the drug in the United States, Eisai said in a statement emailed to CNN.

The agency said in a separate news release that clinical trials showed lorcaserin increased the risk of a number of cancers, including pancreatic, colorectal and lung.

"As noted in a new Drug Safety Communication issued today, patients should stop using the medication Belviq and Belviq XR (lorcaserin) and talk to their health care professionals about other treatment options for weight loss," Woodcock said, adding that doctors should stop prescribing the drugs.

The FDA is not recommending any special cancer screenings for people who are currently taking the drug or may have in the past.

The FDA approved lorcaserin in 2012 and made the medication available the following year, but continued clinical trials on the drug to evaluate cardiovascular risks. Instead, it found an increased cancer risk.

Eisai said it has a different interpretation of the data from the trial and still believes the drug has a "positive benefit-risk profile," but it has agreed to withdraw it based on the FDA's assessment.

"Eisai respects the FDA's decision and is working closely with the Agency on the withdrawal process," the company said in an statement emailed to CNN.