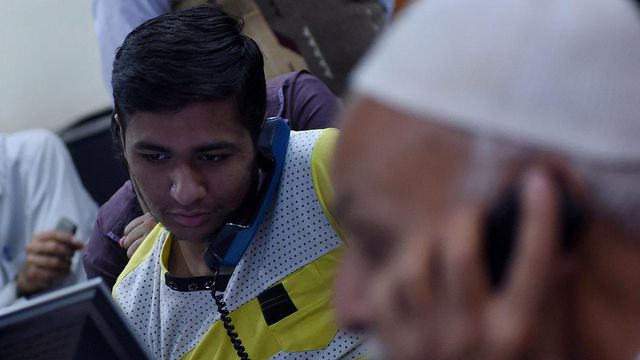 The agency scrapped the so-called net neutrality regulations that prohibited broadband providers from blocking websites or charging for higher-quality service or certain content. The federal government will also no longer regulate high-speed internet delivery as if it were a utility, like phone service.

The action reversed the agency’s 2015 decision, during the Obama administration, to have stronger oversight over broadband providers as Americans have migrated to the internet for most communications. It reflected the view of the Trump administration and the new FCC chairman that unregulated business will eventually yield innovation and help the economy.

It will take weeks for the repeal to go into effect, so consumers will not see any of the potential changes right away. But the political and legal fight started immediately. Numerous Democrats on Capitol Hill called for a bill that would reestablish the rules, and several Democratic state attorneys general, including Eric T. Schneiderman of New York, said they would file a suit to stop the change.

Several public interest groups including Public Knowledge and the National Hispanic Media Coalition also promised to file a suit. The Internet Association, the trade group that represents big tech firms such as Google and Facebook, said it also was considering legal action.

The commission’s chairman, Ajit Pai, vigorously defended the repeal before the vote. He said the rollback of the rules would eventually benefit consumers because broadband providers like AT&T and Comcast could offer them a wider variety of service options. His two fellow Republican commissioners also supported the change, giving them a 3-2 majority.

“We are helping consumers and promoting competition,” Pai said. “Broadband providers will have more incentive to build networks, especially to underserved areas.” The discarding of the net neutrality regulations is the most significant and controversial action by the FCC under Pai. In his first 11 months as chairman, he has lifted media ownership limits, eased caps on how much broadband providers can charge business customers and cut back on a low-income broadband program that was slated to be expanded to nationwide carriers.

His plan for the net neutrality rules, first outlined early this year, set off a flurry of opposition. The issue has bubbled up occasionally for more than a decade, with the debate getting more intense over the years as digital services have become more ingrained in everyday life.

Critics of the changes say that consumers will have more difficulty accessing content online and that startups will have to pay to reach consumers. In the past week, there have been hundreds of protests across the country, and many websites have encouraged users to speak up against the repeal.

In front of a room packed with reporters and television cameras from the major networks, the two Democratic commissioners warned of consumer harms to come from the changes.

Mignon Clyburn, one of the Democratic commissioners, presented two accordion folders full of letters protesting the changes, and accused the three Republican commissioners of defying the wishes of millions of Americans by ceding their oversight authority.

“I dissent, because I am among the millions outraged,” said Clyburn. “Outraged, because the FCC pulls its own teeth, abdicating responsibility to protect the nation’s broadband consumers.”

Brendan Carr, a Republican commissioner, said it was a “great day” and dismissed critics’ “apocalyptic” warnings.

During Pai’s speech before the vote, security guards entered the meeting room at the FCC headquarters and told everyone to evacuate. Commissioners were ushered out a back door. The agency did not say what had caused the evacuation, other than Pai saying it had been done “on advice of security.” The hearing restarted a short time later.

Despite all the uproar, it is unclear how much will eventually change for internet users. The 2015 rules were essentially a protective measure, largely meant to prevent telecom companies from favoring some sites over others. And major telecom companies like AT&T and Comcast, as well as two of the industry’s major trade groups, have promised consumers that their experiences online would not change. Pai and his Republican colleagues have echoed the comments of the telecom companies, which have told regulators that because of the limits to their business imposed by the rules, they were not expanding and upgrading their networks as quickly as they wanted.

“There is a lot of misinformation that this is the ‘end of the world as we know it’ for the internet,” Comcast’s senior executive vice president, David Cohen, wrote in a blog post this week. “Our internet service is not going to change.”

But with the FCC making clear that it will no longer oversee the behavior of broadband providers, telecom experts said, the companies could feel freer to come up with new offerings, such as faster tiers of service for online businesses willing and able to pay for it. Some of those costs could be passed on to consumers.

Those experts also said that such prioritization could stifle certain political voices or give the telecom conglomerates with media assets an edge over their rivals.

Consumer groups, startups and many small businesses said there have already been examples of net neutrality violations by companies, such as when AT&T blocked FaceTime on iPhones using its network.

These critics of Pai, who was nominated by President Donald Trump, said there is not enough competition in the broadband market to trust that the companies will try to offer the best services for customers. The rule changes, they believe, give providers incentive to begin charging websites to reach consumers — a strong business model when there are few alterative broadband companies for consumers.

“Let’s remember why we have these rules in the first place,” said Michael Beckerman, president of the Internet Association, the trade group. “There is little competition in the broadband service market.”

Dozens of Democratic lawmakers, and some Republicans, have pushed for Congress to pass a law on the issue, if only to prevent it from flaring up every couple of years at the FCC — and then leading to a court challenge. One Republican commissioner, Mike O’Reilly, said he supported a law created by Congress for net neutrality. But he said any law should be less restrictive than the 2015 rules, protecting the ability of companies to charge for faster lanes, a practice known as “paid prioritization.”

Any legislative action appears to be far off, however, and numerous online companies warned that the changes approved Thursday should be taken seriously.

“If we don’t have net neutrality protections that enforce tenets of fairness online, you give internet service providers the ability to choose winners and losers,” Steve Huffman, chief executive of Reddit, said in an interview. “This is not hyperbole.”

Netflix, which has been relatively quiet in recent weeks about its opposition to the change, said that the decision “is the beginning of a longer legal battle.”