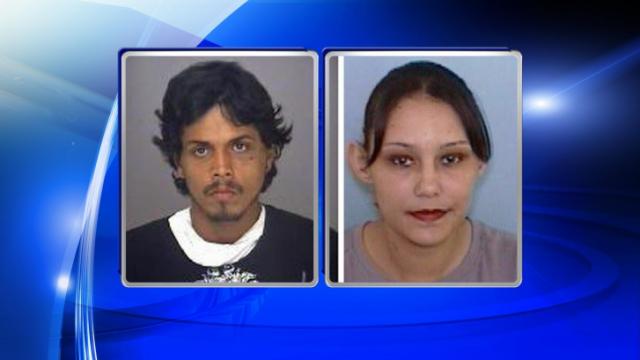 Fayetteville, N.C. — Cumberland County sheriff’s deputies are searching for two suspects wanted in connection with a stabbing that left a woman seriously injured.

Investigators said Rebecca Lynn Fields, 32, and Jason Molina, 26, who are both residents of the Relax Inn on Gilliespie Street in Fayetteville, approached another resident, Linda Carolyn Thompson, and demanded money so they could pay their motel room bill.

Thompson said she didn’t have any money, and an argument began. Investigators said Molina stabbed Thompson on her right side, cutting her liver and spleen. She was taken to Cape Fear Valley Medical Center, where she underwent surgery. Her condition was not immediately available.

Warrants have been issued for Fields and Molina on charges of assault with a deadly weapon inflicting serious injury. Anyone with information on their location is asked to call investigators at 910-323-1500.