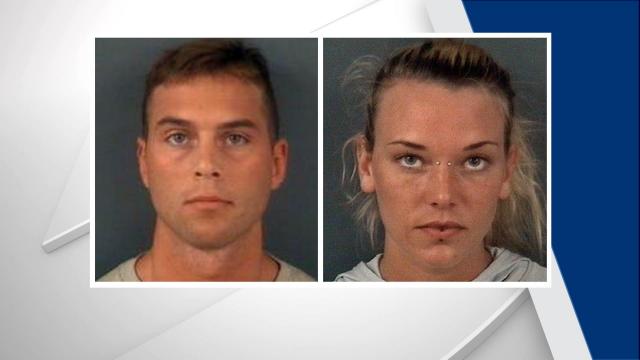 Fayetteville, N.C. — A former soldier charged last month in connection with the shooting death of her dog was found dead inside her Fayetteville home Sunday morning.

Marinna Rollins, 22, was found by friends in her home in the 6600 block of Netherfield Place at about 3 a.m. Police confirm her death was a suicide.

Rollins and her boyfriend, 26-year-old Jarren Heng, were charged with animal cruelty and conspiracy last month in connection with the death of Rollins’ emotional support dog. Authorities said Rollins suffered from Post-Traumatic Stress Disorder and other emotional issues.

The dog was medically-certified through the mail from a South Carolina doctor. Investigators said there is no evidence the dog was trained to be a medical service dog.

Authorities said the dog was taken into a wooded area, tied to a tree and shot five times with a rifle on April 16. The couple recorded the incident, and the video circulated on Facebook. According to Cumberland County Animal Control, the pit bull, then named Huey, was given to them in December 2015.

The video showed the couple tying the dog to a tree and laughing as the dog, which they call Cam, dies.

The video shows the couple covering the dog with a white sheet and putting it in a shallow grave.

When the couple was confronted by Animal Control officers, they told authorities it cost $75 per week to feed the dog, which had some health issues.