Lumberton, N.C. — A Fayetteville State University police officer was being held Friday on a $2 million bond after he allegedly shot his estranged wife and rammed her car in the parking lot of a fast food restaurant 24 hours prior, authorities said.

Police have filed several charges against Corey Manning, 36, of Lumberton, including attempted first-degree murder, stalking and two counts of shooing into an occupied vehicle in connection with the incident on Thursday.

He was being held in solitary confinement at the Hoke Count Jail because he was a former Hoke sheriff's deputy.

Manning's work status at Fayetteville State, where he has worked since 2014, was unclear. 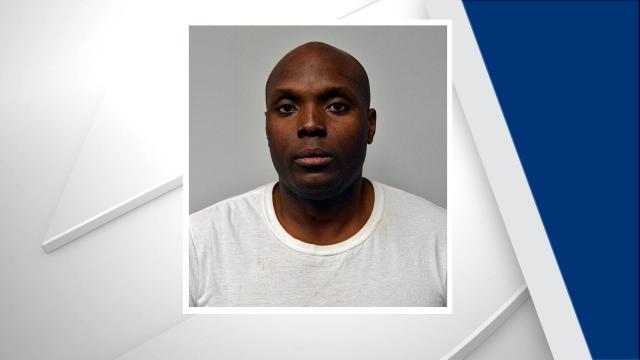 He made his first court appearance as his wife, Latisha Manning, sat in the audience and observed the proceeding.

She suffered wounds to her leg and was walking on crutches after being shot Thursday morning in the parking lot of a McDonald's restaurant.

Latisha Manning works for the Hoke County Social Services office and told WRAL News that she broke up with her husband about a week ago and moved out of the couple's Lumberton home.

She said there had been no animosity between the two on Thursday but she was confronted later in the parking lot of a Waffle House by her husband as she was getting her breakfast.

She said he began ramming her car with his as she drove away, but he opened fire on her vehicle while she was still in her car as it was in the parking lot of the nearby McDonald's.

"There were no people at the Waffle House so I went to where I saw people," she said. "And I went to McDonald's and he just rammed my car from the back and it started from there."

She said her estranged husband's vehicle sideswiped her vehicle and he blocked her car with his.

"And I couldn't get out and he just got out and started shooting," Latisha Manning said.