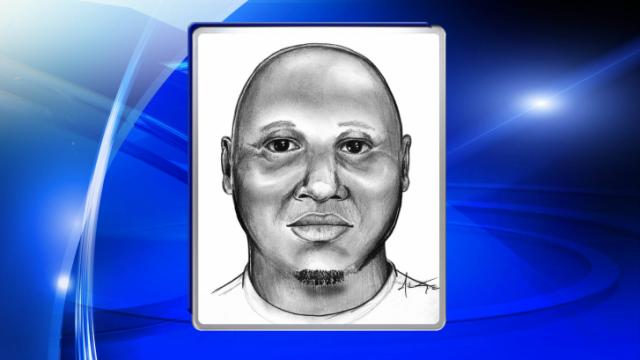 Fayetteville, N.C. — Police on Thursday released a composite sketch of a man wanted in connection with an attempted sexual assault earlier this month.

A woman told investigators that a man broke into her home in the Beaver Run subdivision on Oct. 4 and attacked her. She was able to escape and ran to a neighbor's house for help, police said.

Police are looking for a black man between the ages of 15 to 40 who stands approximately 5 feet 9 inches tall and weighs about 200 pounds. He has a shaved head, thin, sparse eyebrows and a small goatee that covers just his chin.

Investigators say the man had somewhat muscular definition to his arms and shoulders but had a protruding stomach. He had a deep voice but spoke quietly.

He was described as wearing an athletic gray muscle shirt and light-blue basketball shorts on the date of the crime.

Police said he possibly has a bite mark on his hand.