Officials said the car appears to be a white Chevrolet Aveo with a handicapped placard on the rearview mirror. The vehicle appeared to have a mechanism installed underneath it to disperse the paint as it drove slowly over the mural, according to officials.

Officials said it looks like the vehicle entered from Gillespie Street and started dropping two lines of evenly spaced white paint. There are six lines of paint, which could indicated the vehicle made at least three trips around the logo, covering the slogans Black Lives Do Matter and End Racism Now. 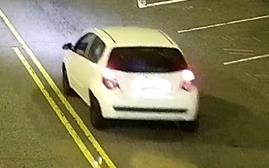 Anyone with information regarding this vandalism investigation is asked to contact Detective K. Tudor at (910) 651-6766 or Crimestoppers at (910) 483-TIPS (8477). Crimestoppers information can also be submitted electronically on their website.

The question now: If a suspect is located, will this be treated as a hate crime?

"It needs to be addressed as a hate crime because that a hatred against us," said Chilleko Hurst, a resident of Fayetteville. 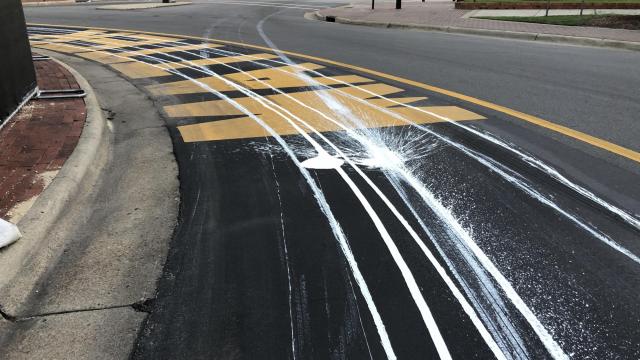 Future plans for the mural and the Market House

Mayor Mitch Colvin said the city will probably have the slogans repainted.

"I did call the Cool Springs Downtown District, and they are trying to put together some things to try to bring back the artist to fix what was messed up," said Yolanda Burse, a visual artist.

The City Council approved the mural about a month ago and the Fayetteville Arts Council commissioned the work to a local artist.

He said there was no time limit placed on how long the two slogans would be surrounding the Market House, except the time it would take for them to fade because of weather conditions. 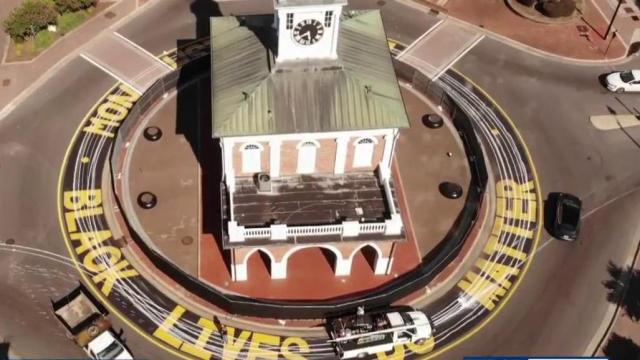 The Mayor said he's going to suggest to City Council that they use the space to paint other messages of encouragement and unity while they decide the future of the Market House.​

The Market House has stood since 1832, and some enslaved people were sold there before the Civil War. Rioters tried to set it on fire in May, and a Black Lives Matter mural was painted on the pavement around the building later.

In June, Fayetteville City Council voted to remove the historic building from the city seal. City officials are still deciding what will happen to the building.