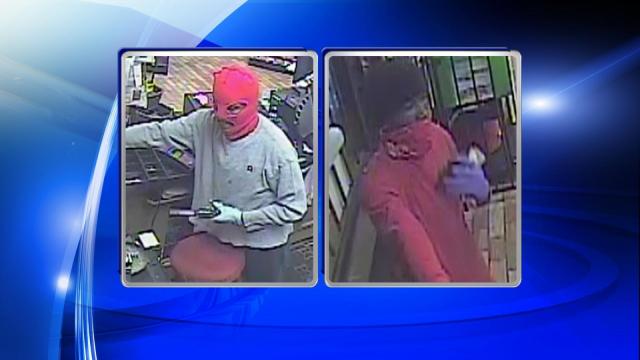 Officers responded to the RJ Tobacco Mart at 407 Hope Mills Road at about 8:50 Tuesday night in response to a reported robbery.

Investigators determined that two men brandishing handguns had entered the shop. They robbed two employees as well as a customer in the store and took money from the cash register.

One man was wearing a ski mask while another had a turtle neck collar pulled up over a portion of his face. Both men were wearing gloves, said police.

The men left on foot with an undisclosed amount of money heading toward the Watauga Manor Apartments.