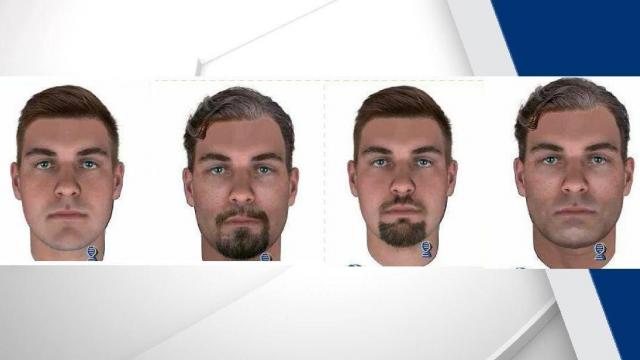 Fayetteville, N.C. — Detectives with the Fayetteville Police Department are working to identify a suspect who is believed to be tied to six rape cases from 2006 to 2008.

The rapes, all unsolved, occurred near North Fayetteville Street and Ramsey Street between March 2006 and January 2008. Consistent DNA at crime scenes led police to believe that one man, known as the “Ramsey Street Rapist,” is responsible for all six cases.

Victims described the suspect as a thin to average build white man in his late 20s to mid 40s who stands five feet nine inches tall to six feet three inches tall and weighs anywhere from 165 to 230 pounds. He is believed to have short black or dark brown hair, some sort of facial hair -- either a goatee or mustache -- and a southern accent.

Victims said he had musky breath and body odor and that he smelled of machinery oil. He wore various hoodie-type shirts during five of the six rapes, including a dark-colored pull-over hooded style sweatshirt with the Orange County Choppers logo on the front and a navy blue or dark green hooded sweatshirt with "Notre Dame" written across the chest.

Using the DNA, several composite sketches were created in attempt to identify and locate the suspect. "The composites are with and without facial hair and age-progressed to what the suspect may look like today," detectives said.

Anyone who recognizes the description or photo or anyone with information concerning this sexual assault investigation is asked to contact Lieutenant John Somerindyke with the Fayetteville Police Department at 910-433-1851 or Crime Stoppers at 910-483-8477.

The investigation is part of the Fayetteville Police Department's effort to solve several cold case sexual assault investigations in recognition of April being Sexual Assault Awareness Month. So far, the department has solved 21 cases in the last two years.