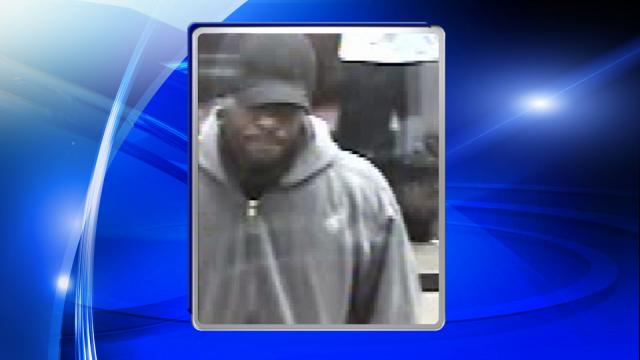 Fayetteville, N.C. — Police on Monday released photos of a man suspected of robbing a Fayetteville bank on Friday.

A man went into the BB&T branch at 7790 Good Middling Drive at about 2:30 p.m., told a teller he had a weapon and demanded money, police said. He pulled a mask over his face while at the counter.

The robber got an undisclosed amount of cash and fled in a blue Cadillac with a silver stripe, police said.

He was described as black, 5 feet 9 inches tall, had a mustache and and was wearing a gray sweatshirt, black pants and a dark ballcap.

Anyone who can identify him or who has information about the robbery is asked to call detectives with the Fayetteville Police Department at 910-433-1856 or call Crime Stoppers at 910-483-8477.