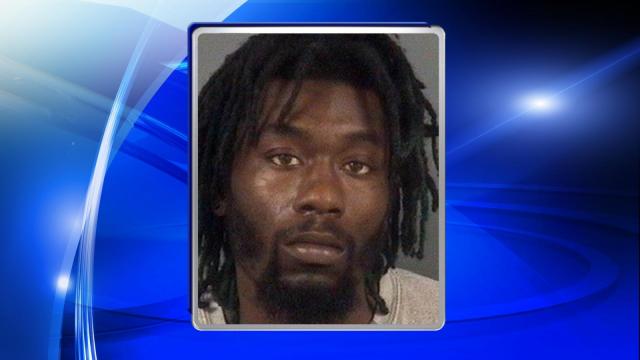 Fayetteville, N.C. — A Fayetteville man was charged with attempting to assault a police after following a car accident Monday afternoon.

Fayetteville police said that officers responded to a single-car crash at 1073 Bunce Road at about 4:15 p.m. and found that a 1998 Dodge Neon had struck a fence in the yard of a home.

Police said that officers began speaking with the driver, Reginald Butler, 25, or the 290 block of Bonanza Drive, when he became visibly agitated. Believing he may have sustained injuries in the crash, officers told Butler to sit in the car, at which point he became more agitated, took off his coat, and threw it on the ground, said police.

Police said that while officers continued to talk to Butler, he reached down, pulled up one of his pant legs and began to retrieve a pistol from his sock.

One officer grabbed Butler’s hands and the gun and held them against his leg until other officers got control of Butler’s upper body, said police.

Butler was arrested and charged with three counts of assault with a deadly weapon on a government official, possession of a firearm by a felon, carrying a concealed weapon, and simple possession of marijuana.

He was being held at the Cumberland County Detention Center under $1,200.000 secured bond.