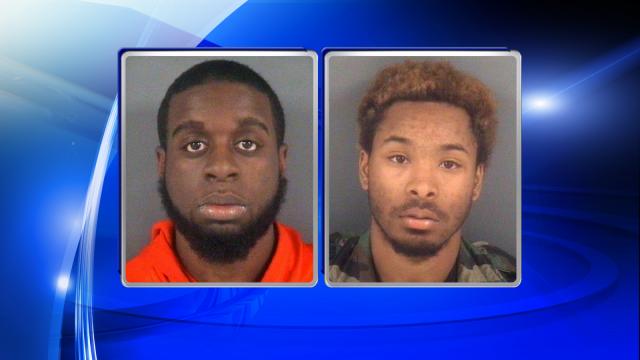 Fayetteville, N.C. — Fayetteville police have charged two men in connection with the theft of a pizza delivery driver's car and the armed robbery of a Kangaroo gas station.

According to investigators, Octavian Alvarez, 19, and Michael Payne, 21, robbed the Kangaroo Express at 1764 Ireland Drive at about 1:30 a.m. Saturday. The pair arrived at the convenience store in a car they stole from a pizza delivery driver two nights before, according to authorities.

Alvarez and Payne, who were both recently released from jail, are charged with three counts of robbery with a dangerous weapon, two counts of second-degree kidnapping and conspiracy, larceny of a motor vehicle and possessing a stolen motor vehicle.

They were being held in the Cumberland County jail on Tuesday.