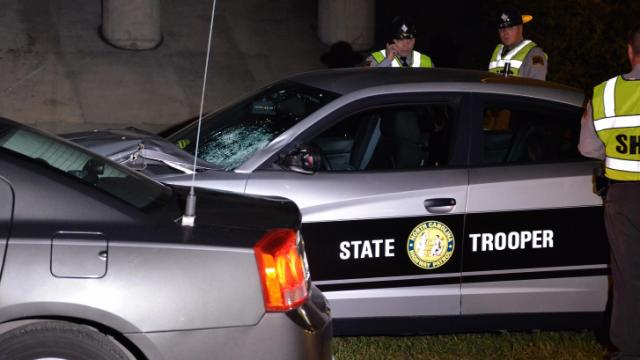 Fayetteville, N.C. — Detectives from the Fayetteville Police Department will take a closer look at the death of a 17-year-old Cumberland County teen who died late Monday after being hit by a North Carolina State Highway Patrol trooper's vehicle on the All-American Freeway.

According to investigators who were on scene after the incident, Christopher Mason McCray, of Stedman, was hit at about 7:45 p.m. by a cruiser being driven by Trooper B.J. Holder.

Troopers said McCray ran into the roadway. He died at the scene.

A spokesman for Fayetteville police said late Wednesday that detectives have been assigned to the case based on new information and a request from the Highway Patrol. The spokesman said police are looking into the events that happened before McCray ran into the road.

No other details about the investigation have been released.

Holder, an 8-year veteran assigned to the Troop B District 8 office in Lillington, was not harmed in the wreck. Investigators said he was driving to Cape Fear Valley Medical Center to complete an earlier wreck investigation that happened in Harnett County.