Fayetteville, N.C. — Officials on Thursday said a woman and her unborn child are both in good condition after police shot the man who stabbed her on Tuesday.

The pregnant victim, Stephanie Williams, 34, is recovering at Cape Fear Valley Medical Center. Officials say she and her baby will be okay.

Williams called 911 on Tuesday from her apartment in the 800 block of Greenleaf Drive and told dispatchers she was being held hostage.

"My boyfriend's trying to kill me. I've been stabbed," Williams told a dispatcher.

In the 911 call, Williams told a dispatcher that the issues began between her and the man she describes as her boyfriend a day earlier and she had been held in her bedroom since about 8 p.m. Monday.

"He basically had the knife at me and I couldn't move the whole night and I was scared to move," she said.

When officers entered the apartment, they found Williams lying on a bed and bleeding, police said.

Police said Lemuel Bunn, 40, of the 2000 block of Rebecca Street in Roanoke Rapids, had one of his arms around Williams' neck and was holding a knife. 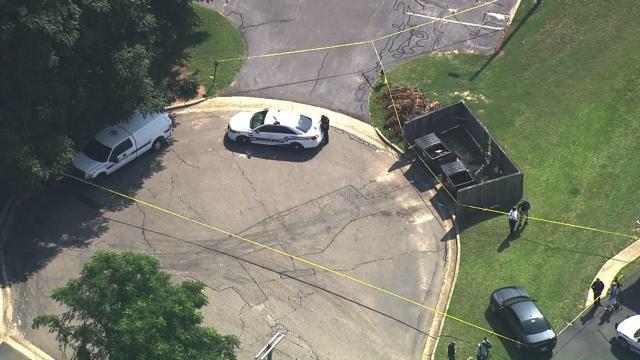 Police said officers told Bunn several times to drop the knife. When he refused to do so, Sergeant Charles Cochran, 45, discharged his weapon, striking Bunn in an effort to end the immediate threat to Williams' life.

Bunn was taken to Cape Fear Valley Medical Center, where he died as a result of his injuries.

Officials said Sgt. Cochran has been with the Fayetteville Police Department since November of 2003.

Fayetteville's Police Chief Gina Hawkins said she's glad the officers arrived in time to stop the assault and save the victim's life.

"No officer wants to be the one injuring someone," she said. "What matters is that this woman is alive. Our response was on-point."