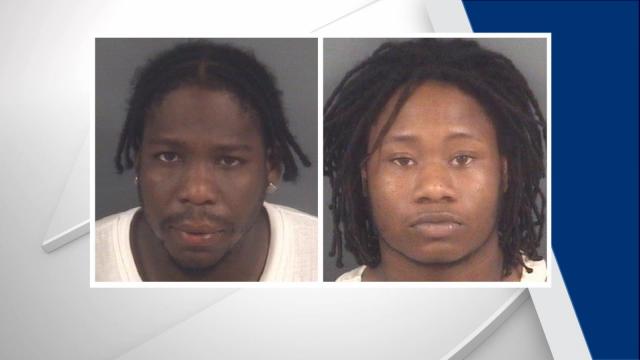 Fayetteville, N.C. — Fayetteville police charged two people in connection to a Monday shootout between vehicles the ended in a crash on Rosehill Road.

Glenn Warren, 30, of Five Sisters Court, Fayetteville, and Michael Blunt, 18, of Dillon, South Carolina, were in one of the vehicles, a Nissan Versa, involved in the "rolling gun battle," according to the Fayetteville Police Department. Warren was charged with felonious fleeing to elude a police officer, and Blunt was charged with discharging a weapon within the city limits.

Warren was jailed under a $1,000 secured bond, and Blunt was given an unsecured bond and released from custody.

Police said that officers were conducting patrols near the intersection of Johnson Street and Helen Street when they observed a silver Nissan Versa and a blue sedan driving recklessly.

The officers then heard several gunshots and observed gunfire coming from the open window of the Versa.

Police said officers attempted to conduct a traffic stop on the Versa, but the driver fled. A pursuit led the vehicles down several streets before the driver of the Versa lost control while turning onto Rosehill Road and struck a 2006 Jeep Commander.