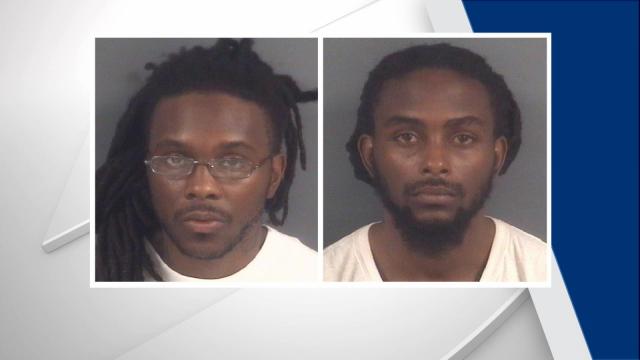 Fayetteville, N.C. — Fayetteville police said Wednesday that two brothers have been charged with first-degree murder in a weekend shooting that left two dead at an apartment complex on Southwood Drive.

Kenneth Shaw, 28, and Amos Shaw, 26, are each charged with first-degree murder in the deaths of Derrick McClain and Derrick Robinson. The Shaw brothers were arrested late Tuesday, police said.

The shooting happened at about 5 a.m. Sunday at the Southwood Apartment Complex.

Authorities responding to the scene found McClain and Robinson dead, and two other men, including Kenneth Shaw, suffering from gunshot wounds. Shaw and Darrell Hinton, 27, were taken to Cape Fear Valley Medical Center, where they were treated for non-life-threatening injuries.

Hinton was arrested Wednesday afternoon and charged with first-degree murder.

An investigation of the shooting is ongoing, and anyone with information should call Crime Stoppers at 910-483-8477.