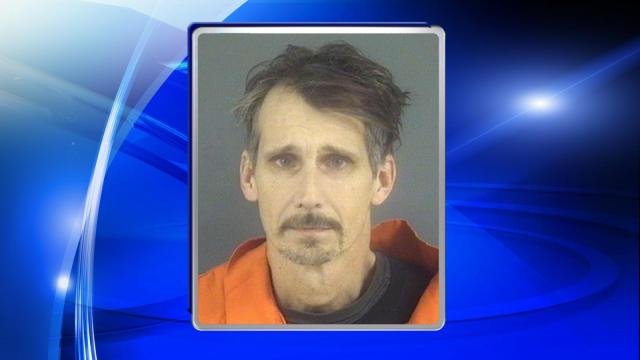 Fayetteville, N.C. — A 47-year-old man who police say used pepper spray to incapacitate convenience store clerks in two robberies was charged Saturday after being arrested at a home on Chilton Drive.

According to investigators, Alfred Michael Vuocolo III, of the 1300 block of Chilton Drive, robbed a Kangaroo gas station at about 12 a.m. Saturday in the 700 block of South Reilly Road. He is also charged with a Friday robbery reported at a Kangaroo on Raeford Road.

In both instances, authorities say the suspect entered the store and approached the counter as if to buy something. In each robbery, the suspect pepper sprayed the employee when they opened the cash register and stole money.

Vuocolo is charged with two counts of common law robbery and two counts of possession of stolen goods. He was in the Cumberland County jail Saturday under a $50,000 secured bond.

Anyone with information concerning the robberies should call the Fayetteville Police Department at 910-303-5703 or Crime Stoppers at 910-483-8477.