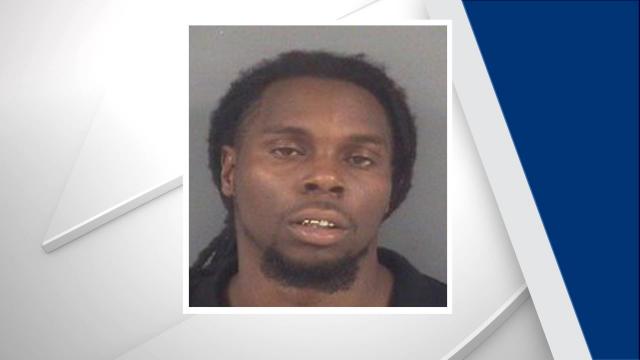 Fayetteville, N.C. — The Fayetteville Police Department on Friday posted a warning for residents to be on the lookout for a man wanted in a drive-by shooting Wednesday night. Jerome Wayne Jones Jr. is "extremely dangerous," police said.

Jones, 26, is wanted in the death of 34-year-old Jason McKnight.

Police said McKnight was walking along the 1300 block of Turnpike Road when an unknown vehicle pulled up next to him and shots rang out.

McKnight died the next day.

“He pulled up in a vehicle and motioned for the victim to come over to them, at which point, a firearm was fired from the vehicle,” said Sgt. Shawn Strepay with the Fayetteville Police Department.

Jones is WANTED for 1st Degree MURDER and is considered ARMED and DANGEROUS! If you have info on his wherabouts call 911 or CRIMESTOPPERS! pic.twitter.com/0WVJUYI0qi

No arrests have been made, but Jones faces a charge of first-degree murder.

Anyone who sees Jones is asked to call 911 immediately.