Fayetteville, N.C. — Police on Friday were searching for clues after a man was fatally shot Thursday night inside a Fayetteville home, putting the city on pace to match or exceed the number of homicides it logged last year.

Officers were called to a home in the 500 block of School Street at 9:30 p.m. on a report of gunfire.

When they arrived, the found a man suffering from a gunshot wound, Police said he died at the scene.

Police on Friday identified the victim as Deaundre Williamson-Servin, 25, of the 500 block of School Street.

Police said, however, that neighborhood residents are not in danger. 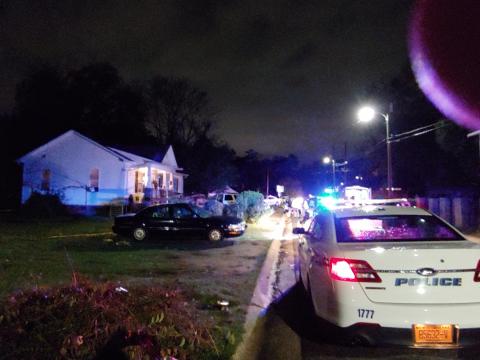 Police have not provided any information about a suspect.

According to Fayetteville police, the city recorded 24 homicides in 2018 and the killing Thursday night was the city's 22th fatality so far.

Detectives with the Fayetteville Police Department’s Homicide Unit were actively investigating the shooting and requested anyone with information to call them at 910-824-9539 or CrimeStoppers at 910-483-8477.