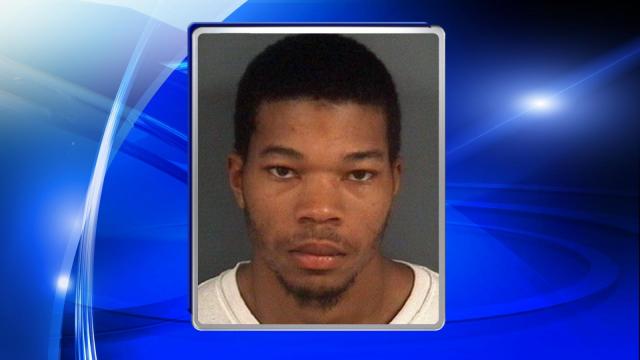 Fayetteville, N.C. — A Fayetteville man wanted in connection with 15 vehicle break-ins and several other crimes was arrested this week at a home on Longbranch Drive.

Clinton Tyreese Lewis, 22, has been charged with breaking and entering of a motor vehicle, felony larceny, possession of stolen goods, possession of a firearm by a convicted felon and obtaining property by false pretenses.

Police said earlier this month that Lewis was identified as a suspect after he pawned an item on May 31 that had been reported stolen from a vehicle earlier that day.

A search of Lewis’ house in the 260 block of Waterdown Drive found several more items that had been reported stolen from vehicles, as well as the keys to a gray Ford F150 pick-up truck that was reported stolen on May 5.

On June 7, Fayetteville police officers attempted to locate Lewis in a parking lot in the 5300 block of Yadkin Road, where he was known to frequently wash vehicles. Lewis was alerted to the approaching officers and fled on foot before they arrived, police said.

Lewis was being held at the Cumberland County Detention Center under $900,000 secured bond.