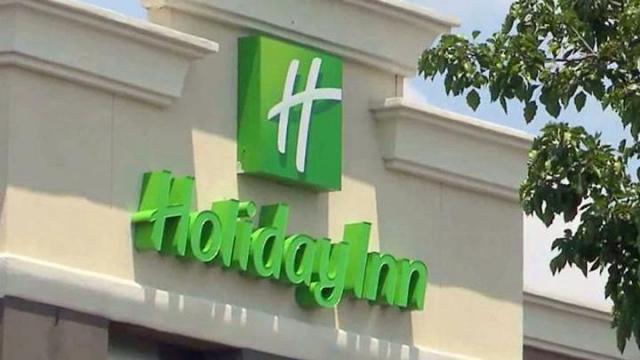 Fayetteville, N.C. — The management of the Holiday Inn Bordeaux in Fayetteville said Thursday they dispute the state’s finding that a restaurant at the hotel was the cause of a salmonella outbreak that sickened 100 people in May.

“While we respect the North Carolina Department of Health & Human Services’ report and investigation, we do not agree with the speculative findings and conclusions contained within the report,” hotel manager Scooter Deal said in a statement. “The state was not able to determine the precise cause of the outbreak, and we are continuing our own investigation to ascertain any and all potential causes.”

The report, which was prepared by the state’s Division of Public Health and released Tuesday by the Cumberland County Health Department, said the All American Sports Bar & Grill was the source of the outbreak. A particular food item was not singled out, but health officials said employees who continued to work there while ill may have contributed to cross-contamination.

In his statement, Deal said employees are required to notify managers if they are sick, and none did.

“The restaurant would not allow an employee to continue working while ill, and the hotel has no knowledge or information to suggest that any employee continued to work while he or she was ill,” he said. “Most importantly, any potentially ill employees have not been determined to be the cause of the outbreak.”

According to the report, investigators conducted daily site visits to the hotel during the outbreak and noted multiple opportunities for salmonella contamination, including the absence of hand-washing supplies and water that was too cold to kill bacteria. They also found employees touching ready-to-eat food and a malfunctioning dishwasher.

Deal questioned the state’s claim that the dishwasher may have contributed to the problem, saying all 20 samples taken from the appliance tested negative for salmonella.

The state and county's investigation began May 13 after two people who ate at the hotel were diagnosed with the bacterial infection, which is transmitted through contaminated food or water or contact with an infected animal or person and can cause severe gastrointestinal distress.

A total of 100 cases were identified, with 25 confirmed and 75 listed as probable. Hotel staff accounted for 29 cases.

“The restaurant has been fully cooperative with the state throughout its investigation, and we have implemented any and all measures to provide the highest level of service to our customers,” Deal said. “We will continue to employ top-quality policies and procedures to ensure that all of our customers are receiving the upmost attention and service. The restaurant has also been in direct communication with patrons that have reported an illness to the restaurant, and it will continue to communicate with patrons about their specific circumstances in a responsible manner.”