Fayetteville, N.C. — Shennekea Hutchinson and her five children, ages 7 to 17, are living in a hotel after a fire left their rental house on Grandview Drive dark, cold and uninhabitable.

Where pictures once hung are now soot-stained walls.

On Oct. 12, they had just returned from a concert when they saw fire trucks at the home where they had lived for about a year. 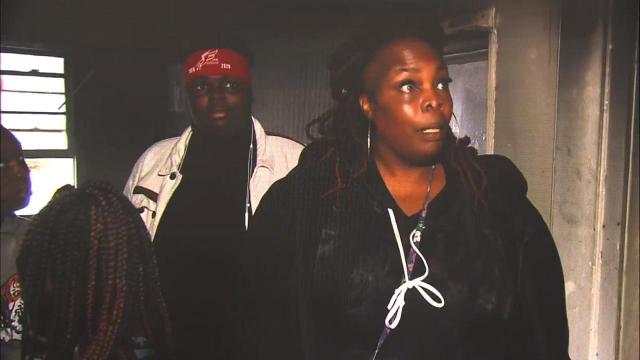 Investigators say a stove had been left on, but Hutchinson is doubtful.

The Hutchinson family lost clothes, toys, and even their puppy, Chopper.

“It took me a while to process that we have no home to go to," she said. "I’ve cried and I’ve cried. I still cry. But I have to stay strong because of these kids. If they see me falling or folding, that’s what they’re gonna do,” said Hutchinson.

Since then, local organizations have raised money so the family could live in a hotel room.

For the past seven weeks, that's where Hutchinson and her kids have lived.

Local ministries and individuals, such as Theodore Trainor, have raised money to pay for the hotel and help the family find a new home.

“I got people to donate clothes and furniture and whatever she needed," he said. "Because it’s hard. She’s a single mom with five children. And this is all they know as home.”

Hutchinson says this Thanksgiving, she's deeply thankful for the community's outpouring of love.

This isn’t the first disaster the family has gone through.

Three Thanksgivings ago, they were recovering from a flood after Hurricane Matthew destroyed their apartment in Lumberton.

They stayed in three shelters before ending up in a hotel room.

“Now we’re going through this, and we’re like, 'Oh my gosh, not again,” Hutchinson said.

She loves to cook and loves to see loved ones around her Thanksgiving table.

“It’s hard not to be at my own home, at my own dinner table,” said Hutchinson. 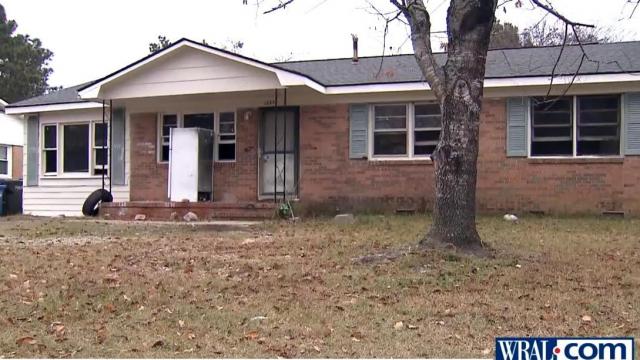 This Thanksgiving, the family will have a holiday dinner at church.