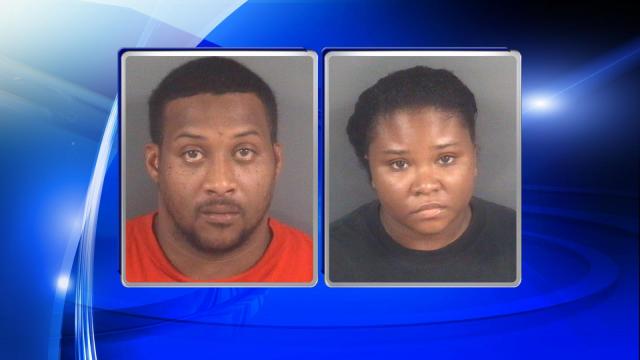 Fayetteville, N.C. — A 48-year-old man who spent time in prison for the death of an 18-month-old killed in 1998 is one of two people charged with felony child abuse in connection with an incident that happened in June, Fayetteville police said Friday.

Authorities said they were called to Cape Fear Valley Medical Center on June 11 in reference to a report of possible child abuse involving a 2-year-old.

The toddler's mother brought the child to the hospital after receiving her back from Jimmy Baldwin earlier that day. The mother told authorities that the child did not act right.

The child was later flown to UNC Hospitals with life-threatening injuries, police said. The child has since been released from the hospital.

Jimmy Baldwin pleaded guilty to second-degree murder in the 1998 death of 18-month-old Khaleah Wall, who died in a bath tub in her Fayetteville home. He was released from prison in 2008.

Jimmy Baldwin was in the Cumberland County jail Friday under a $250,000 bond. Chaka Baldwin was released from  jail after posting a $10,000 bond.