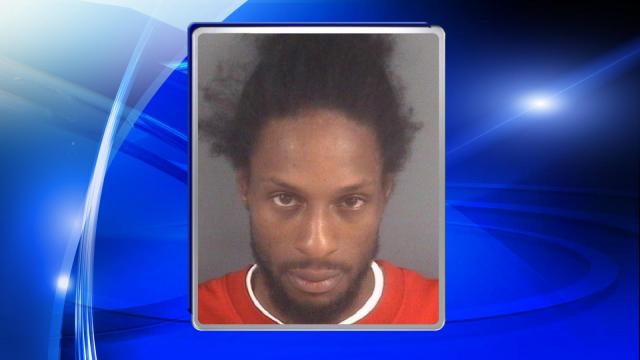 Fayetteville, N.C. — A 32-year-old Fayetteville man who was a suspect in multiple business break-ins and car thefts was arrested Friday night after police say he stole a car from a convenience store in the 2000 block of Ramsey Street.

According to investigators, Jermaine Abdul Bean stole a 2008 Ford Fusion at about 7 p.m. after the car's owner left the vehicle running and went into the store.

The owner of the car saw Bean driving away from the car toward Sherman Drive, and she called family members that live in the area.

Family members attempted to block Bean's path with another vehicle, causing him to lose to control of the Fusion and crash into a home at 106 Sherman Drive. Bean then tried to flee on foot, police said, but the victim's family members detained him until police arrived.

People were inside the home hit by the car, but no injuries were reported.

Bean, of 5213 Butternut Dr., was also a suspect in a June 3 car theft from the Ramsey Food Mart at 2910 Ramsey St. He was charged Friday with two counts of larceny of a vehicle, possession of a stolen vehicle, hit-and-run and driving with a revoked license.

Fayetteville police also charged Bean in connection with a June 10 robbery at It's Fashion, a store in the 3600 block of Ramsey Street. He is charged with felonious breaking and entering, felonious larceny and possession of stolen goods. Authorities said he is also a suspect in other business burglaries.

Bean was taken to Cape Fear Valley Medical Center for evaluation following Friday night's incident and will be taken to the Cumberland County jail when he is released.

Anyone with information about the vehicle thefts or business burglaries should call Crime Stoppers at 910-483-8477.