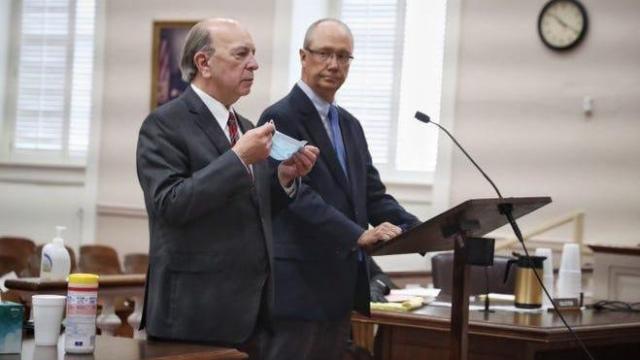 Darlington County, S.C. — In a plea bargain that allowed him to avoid a conviction as a sex offender, Mike Lallier of Fayetteville’s Reed-Lallier Chevrolet car dealership was convicted Friday of contributing to the delinquency of a minor for giving alcohol to a 15-year-old Fayetteville boy four years ago.

The boy, who is now 19, and his family are unhappy with the outcome, said their lawyer.

“He is disappointed that Mike Lallier will not have to register as a sex offender because he’s hoped that any plea agreement would force Lallier to register so that another young boy would not have to go down the same path that he went down,” said the family's lawyer, Michael Porter.

Lallier had been charged in September 2016 with third-degree criminal sexual conduct, a felony, in Darlington County. The conduct was alleged to have occurred in a recreational vehicle in the infield at Darlington Raceway during a NASCAR race weekend.

Under the terms of Lallier’s plea bargain, the criminal sexual conduct charge was dismissed and cannot be refiled. Lallier was given a one-year suspended sentence and he won't be jailed or imprisoned.

This story originally appeared on the Fayetteville Observer.