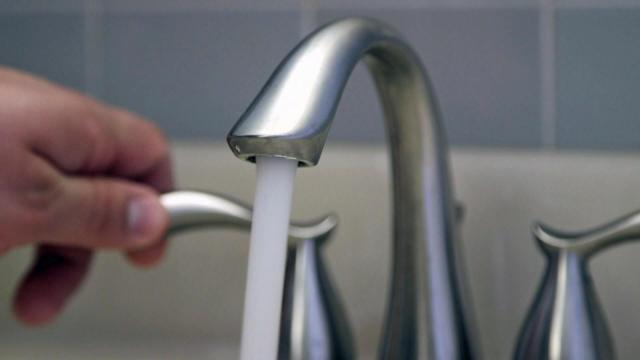 A column from N.C. Child

When the North Carolina General Assembly legislature adjourned last week, it left behind some unfinished business. One bill left hanging,  HB-1074, would have required (and paid for) lead testing in the drinking water of every school and child care center in North Carolina. We applaud Rep. Mike Hager, R-Rutherford, for his leadership on this issue, and sincerely hope that he will continue to push for lead testing in the 2017 session.

We absolutely support the legislature’s effort to ensure that children’s drinking water in schools and child care centers is free from toxic lead – but it’s important to keep in mind that only about 20 percent of children’s lead exposures actually come from drinking water. The vast majority come from their homes, where particles of lead from older house paint break down and become part of the house dust that is inhaled and ingested by small children, irreversibly damaging the developing brain. Soil in backyards and playgrounds can also be contaminated with lead from older sources, and that becomes part of the dust lead mix.

The good news is that over the last 20 years, blood lead levels have come down dramatically in North Carolina’s children. This is due to two important factors:
First, unleaded gasoline, which took a huge source of lead out of our air, water and soil;
Second, the N.C. Childhood Lead Poisoning Prevention Program. This program requires that at-risk children’s blood be tested for lead twice before age six. The county-based program can send in health department staff when children are found to have dangerously high lead levels, and even require the clean-up of lead hazards.

So what happens when a successful program becomes the victim of neglect?

Unfortunately, in this case, children’s blood lead levels are creeping upwards again in North Carolina, at least according to a  recent study published in the journal Pediatrics. The company that makes the blood lead analyzers used in pediatricians’ offices just released 16 years’ worth of data. What the company found is that the percentage of North Carolina children whose blood lead levels are higher than the CDC’s action level of 5 µg/dL increased by more than 67 percent from the 2009-10 reporting year to the 2014-15 reporting year.

This kind of backsliding on children’s health is unacceptable. The significant uptick in kids’ blood lead levels means that 67 percent more children are losing IQ points and incurring related intellectual and behavioral difficulties as a direct result of disinvestment in a state program that was developed to prevent exactly that.

We’re curious to know whether the state’s own data on lead testing corroborate the data that were just published in Pediatrics. For now, we have no idea, since the state has not published any data collected in its lead testing program since 2011. The lack of information is a serious hindrance to county health departments, the state legislature, and anyone else who wants to target efforts and resources to the places where children are at highest risk of lead exposure.

It’s also a serious red flag. A widespread, low-level rise in child blood lead levels is not a crisis on the level of Flint, Mich., but if such a crisis were to occur in North Carolina, we’re not sure we’d even know about it, since the data are simply no longer being tracked.

If North Carolina’s leadership is serious about preventing kids’ lead exposures, then testing school and child care drinking water is a great step. More importantly, the state needs to reinvigorate a flagging N.C. Childhood Lead Poisoning Prevention Program that has delivered huge results over the last two decades. Based on what we’ve seen so far, continuing to let it slide seems to be a guarantee of increased lead exposure for North Carolina’s children in years to come.