Father's Day a time to celebrate for some, mourn for others

Raleigh, N.C. — For many, Father’s Day is a time to celebrate dads. For others, it's about remembering.

Alex Goldenshtein, a proud father of two young girls, usually spends Father's Day with his family. This year, he spent the day at the Oakwood Cemetery.

Jacob and his wife lived in Israel and were going to move to the U.S. to be closer to family. Just before that could happen, Alex says his father was diagnosed with cancer. According to Alex, it took his dad 10 years to save up for the move.

Alex said what he misses the most about his dad is "just being near him.” 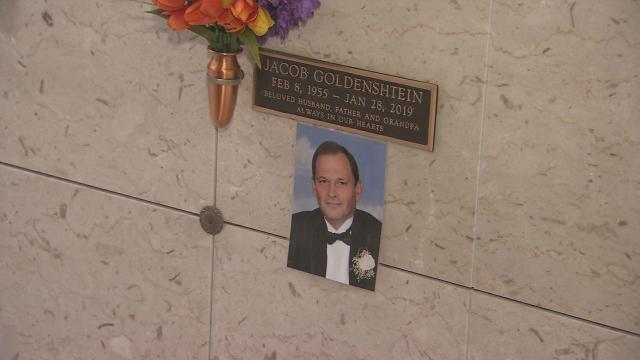 "He always wanted to move to the U.S. to be closer to us and to my brother and to live in America [and have] the American dream, and we said one way or another we’ll get him here...he'll end up in the U.S.," Alex said.

Alex said his father, who was born a triplet, always put family first.

"One thing he did better than anything else in the world was to be a dad," he said. "He loved his grandkids, he loved his granddaughters...every time they came to visit he couldn’t get enough of them...he would take them everywhere -- parks, to the beach, to New York."

Even though Father's Day is now hard for Alex and his family, he said he can’t help but smile when he thinks about the father who raised him to be the man he is today.

"He's a beloved husband, father and grandfather...he's always in our hearts, that's for sure," he said.

The group of soldiers from the 514th military police company returned to the Triangle on Father's Day after a year-long deployment at Guantanamo Bay Cuba Naval station. Hundreds of relatives were there for the early morning welcome home and greeted the soldiers with loud cheers.

"It's been a long tour, but a good one, and I'm glad to be home," said Sgt. Robert Shook as he was reunited with his family at the airport.

"I haven't been home in a while...and I just love being with these three right here," added Alexander Watson as he hugged his family.

The group, which is based in Pitt County, was also called to assist on missions involving Hurricane Matthew and Hurricane Florence. 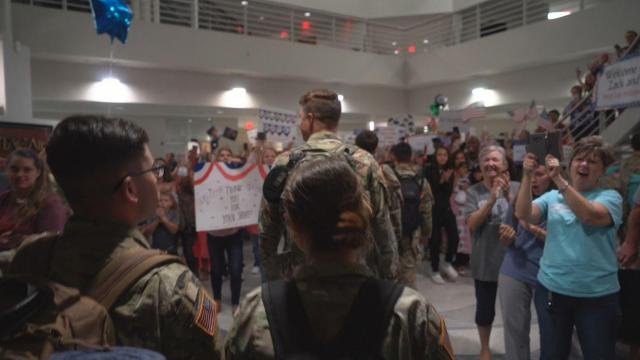