Father, girlfriend charged after baby left outside overnight in Wilson

Wilson, N.C. — A Wilson father and his girlfriend were arrested after a 4-month-old baby was left outside overnight in Wilson.

Both were being held Tuesday at the Wilson County Detention Center.

Wilson police said they were called to the America's Best Value Inn on U.S. Highway 301 in Wilson around 11:30 a.m. on Friday for a report of a missing child. 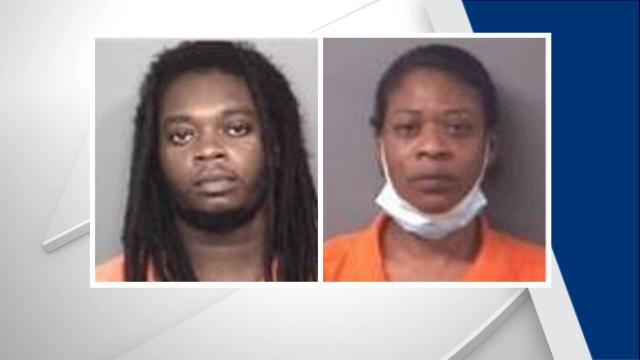 When they arrived, police said they spoke with the baby's mother, Dominque Sanders, who said her baby went missing sometime early that morning.

Police said there was a party at the hotel on Thursday night involving several rooms and that Barnes was at the party and got into a verbal fight with Sanders.

The last person to have possession of the baby was Parker, according to police.

Security camera footage showed Parker holding the child and walking around the hotel. At one point, she goes into a room through a broken window, stays in there for several minutes and then comes out and walks out of the camera's view.

After reviewing security video and speaking with Parker, police found the baby outside on the hotel's property in critical condition.

The hotel's owner, Rohit Kumar, said Parker was not seen on the security footage again because where the baby was left was out of view.

The baby was taken to Vidant Medical Center in Greenville and is expected to make a full recovery.

"They found the baby, and everybody is happy at the time," said Kumar.